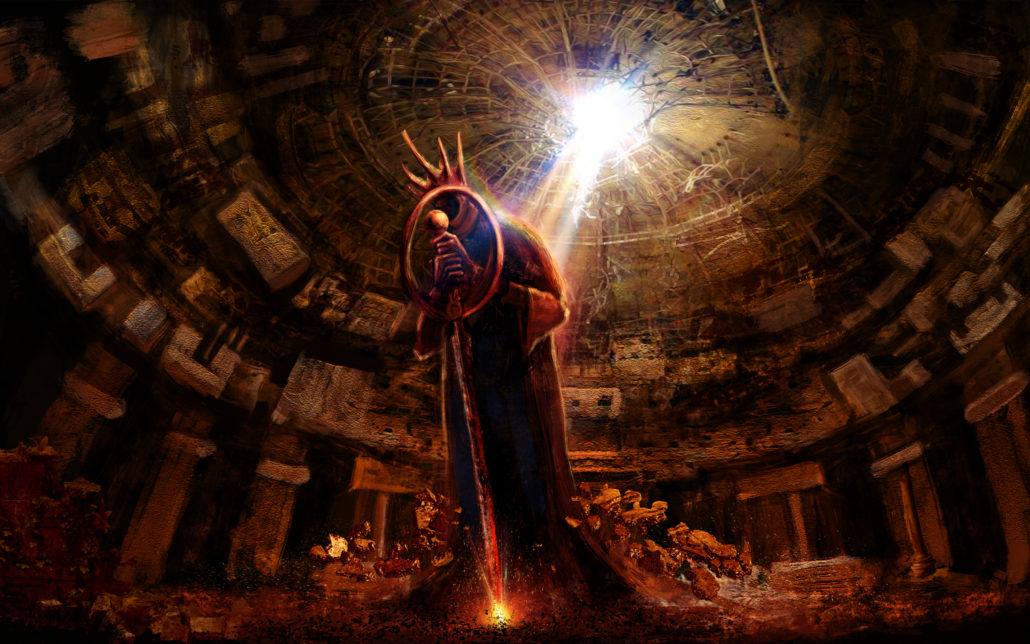 Gevurah is Severity. It is a Sephirah that is often misunderstood.  Everything is angry and turbulent about this Sephirah.  It is a number five, which is a number of conflict and tribulations. Furthermore, the Sephirah is ruled by Mars, which is a planet of destruction.

As the opposite of Chesed, Gevurah, is also a wise king.  But this is not a king at the time of peace, who sits on his throne and passively rules.  This is a king in action, in his chariot, at the time of war. The Sephirah is often misunderstood because of its violent nature and state.  Yet, Mars, the planet of destruction is also a planet of rebuilding.  OPPOSITES! Sometimes, it takes a sword, to wipe the evil to start anew.  And that is the purpose of Gevurah.  It is not Severity for sake of severity.  It is severity as a means to rebirth, rebuilding and improvement.

The Sword of Gevurah wipes out all.  But again, it balances Chesed.  Without the warrior sentinel qualities of Gevurah, the merciful Chesed qualities would overflow in an evil imbalance of force. For further clues, all we have to do is look up one stage from Gevurah, on the Pillar of Severity into Binah.  It is this implication that death is implicit at birth and re-birth is implicit in death.  And, thus, Gevurah continues what Binah has started: a cycle of rebirth and reincarnation.

The very role of Gevurah is representative of down-breaking aspect of force.  It is the Very Destroyer: Lord of Fear & Severity, and thus is totally necessary to the equilibrium of the Tree.