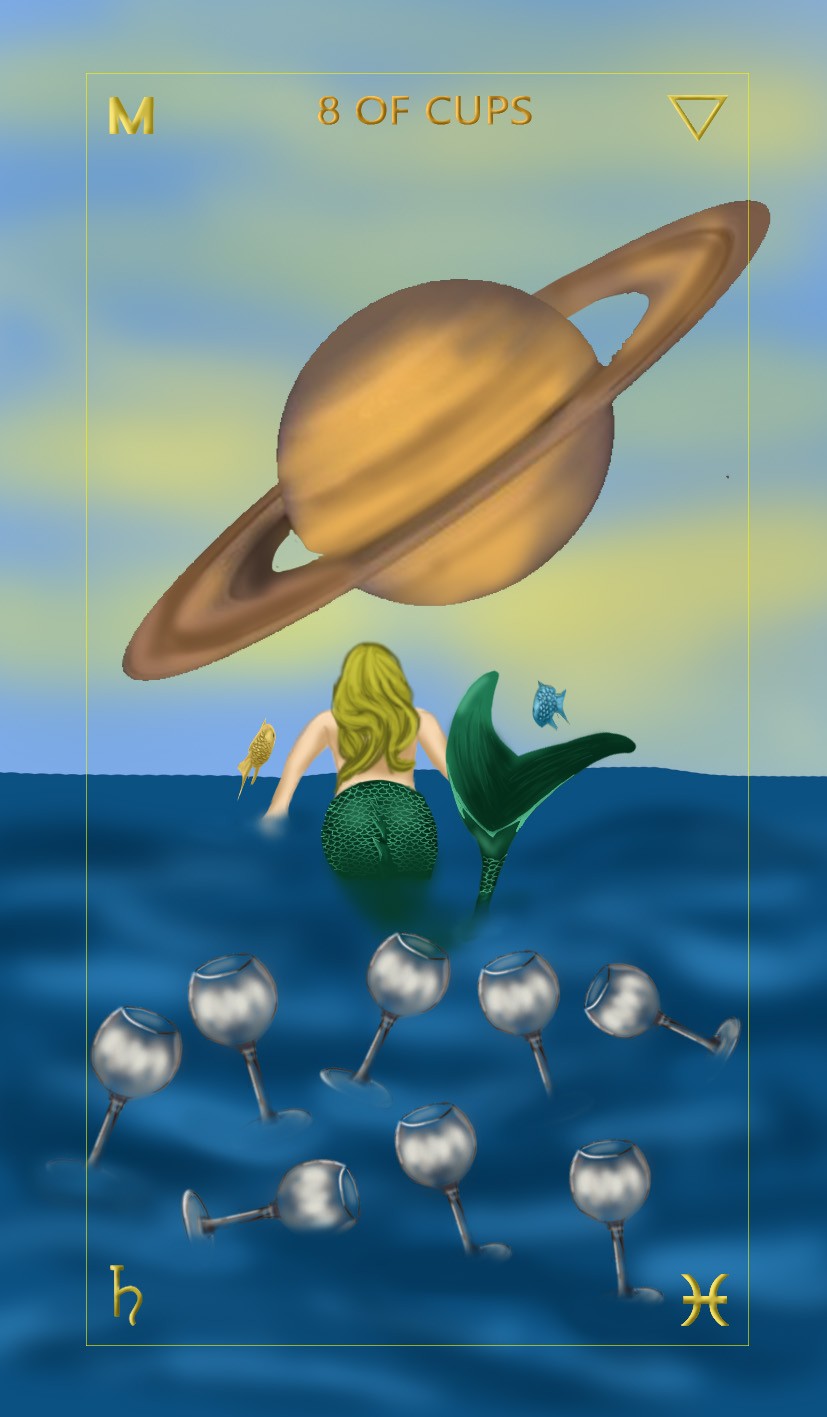 Eight of Cups is Hod in Briah. It is the energy of Glory in the Airy world of Creativity. The cold intellect of Hod weighs heavily on the airy world of Briah.  It is suffocating and stifling.  To add to this oppressive energy, there is Saturn in Pisces.  Yes, Pisces can adapt to many things, but even the ever-malleable sign is no match for the restrictive and limiting Saturn.

In the Eight of Cups, Saturn in the water sign of Pisces, brings about subtle problems. It also carries with it a certain introspection, which manifests as a sense of disinterest in the physical state or condition. The effect of the element of Water on Saturn is to produce discontent, and lack of interest.  You are no longer engaged.  You are checking out.

In this Eight of Cups card, a beautiful mermaid is doing just that – she is checking out.  Accompanying her are two fish (symbol of Pisces).  Saturn looms large in the sky. The mermaid is leaving behind perfectly preserved cups (Abandoned Success).