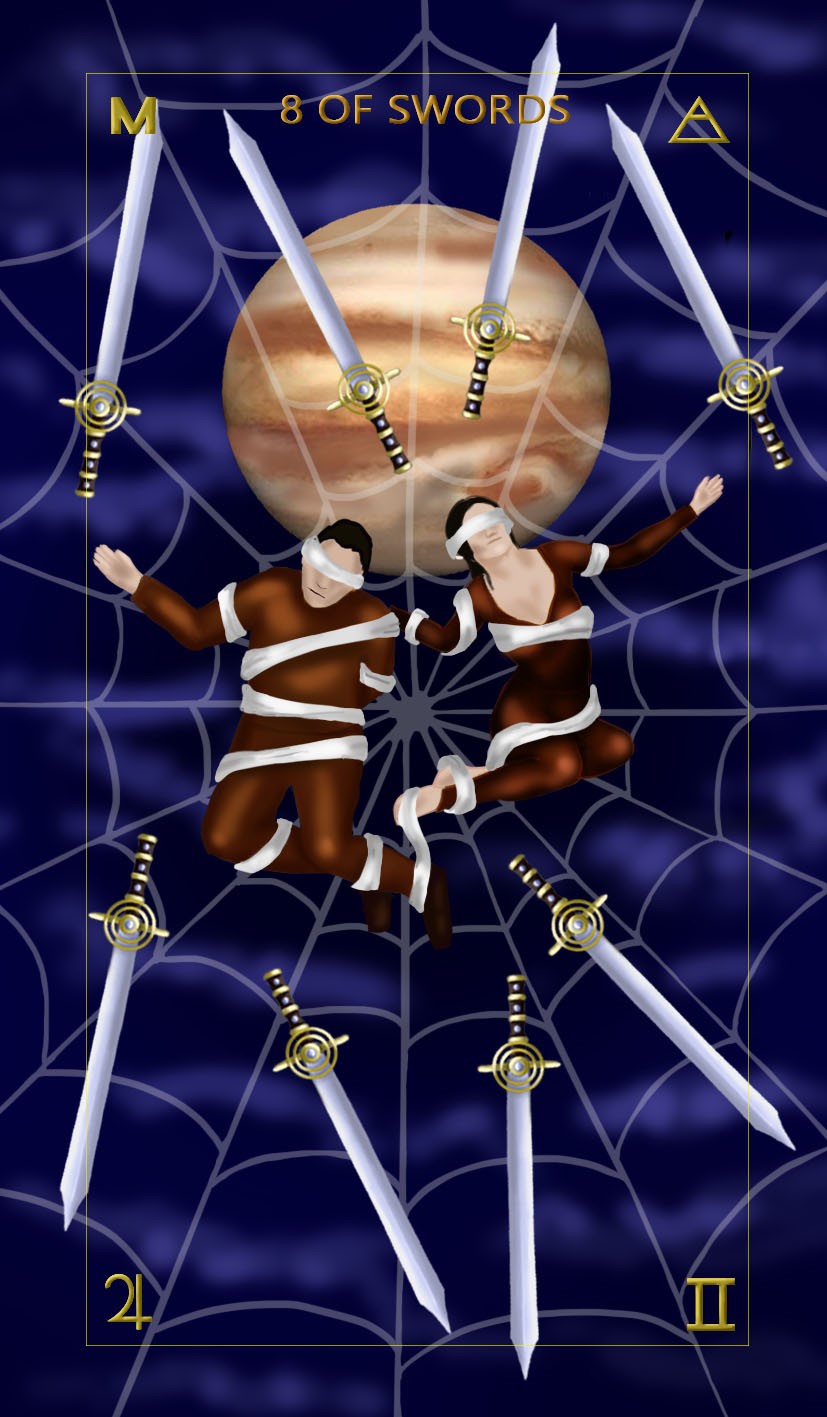 The Eight of Swords is Hod in Yetzirah.  It is the power of Glory (Intellect) in the Formative World of Air. It is a clear indication that, at times, too much go a good thing, is not a good thing at all. In the Eight of Swords, the raw intellect of Hod, devoid of the emotion of Netzach, roams freely in more intellect of the world of Yetzirah. Can we say ‘overthinking?’

Adding to the vortex is the fact that Jupiter is in Gemini in this card. The sheer size (growth, expansion) of Jupiter stifles the dualities (and, by extension, balance) of Gemini. Thus, the sign’s natural balance is ill-dignified in the Eight of Swords.  The twins are tempted to catch onto each and every passing thought or idea, thus missing them altogether.

Yes, at times the influence of Jupiter may be positive and even intense in Gemini.  But in that case, it is quite short-lived.

Thus, the conclusion of the Eight of Swords is that we cannot grow or develop (attributes of Jupiter) the way we wish at the moment. We are very distracted by ourselves (Gemini).

In the middle of the Eight of Swords are the Twins of Gemini. They are stuck in a web of their own making. Yes, they seem bound and blindfolded.  Their binds, however, are neither tied nor sturdy. Instead of getting rid of the blindfolds, however, the Twins are trying to free themselves by catching the swords as those fly by. That, in itself, is an exercise in futility as instead of opening their eyes and catching one sword, they try to catch every one of the fleeting eight.