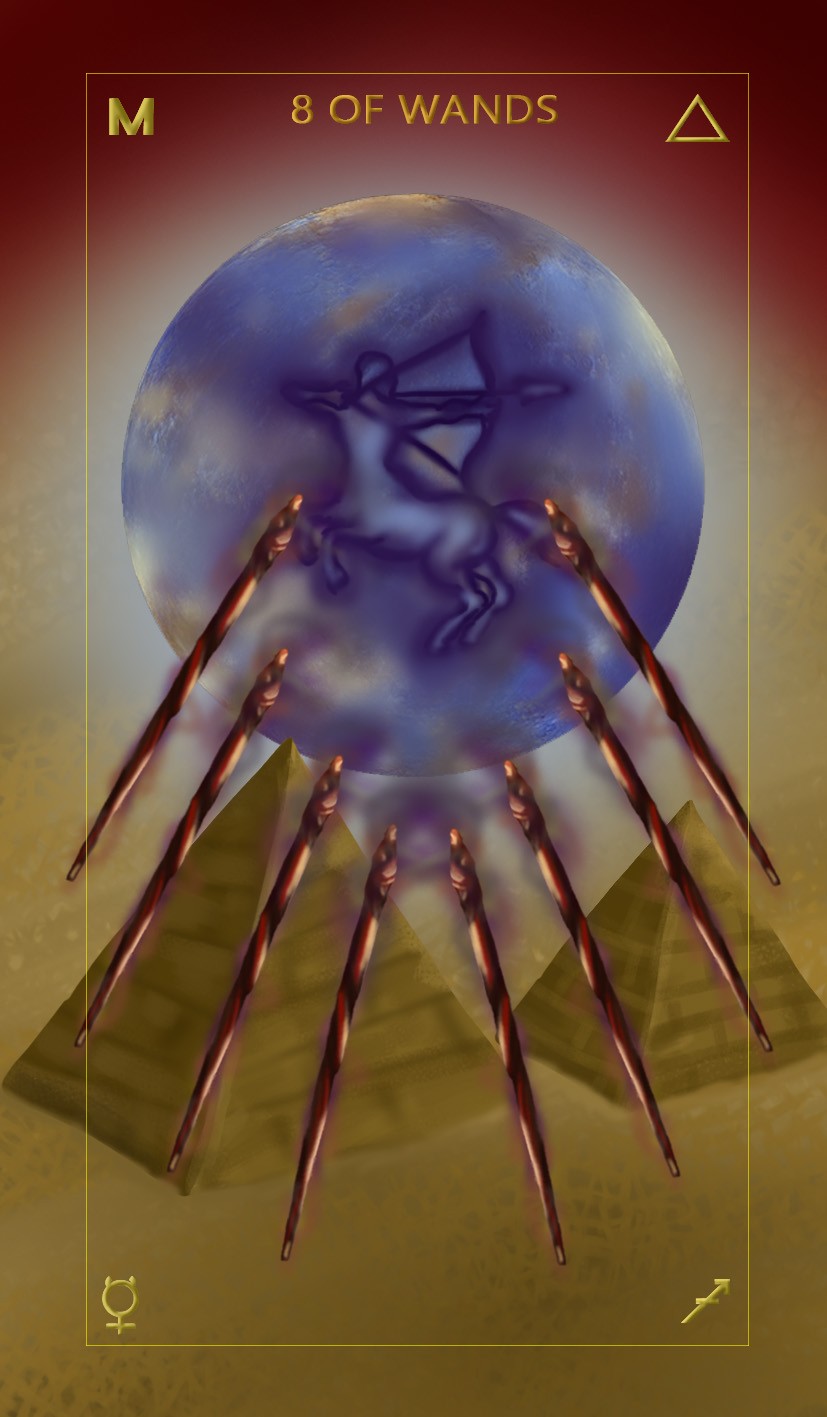 Eight of Wands is Hod in Atzilut – Intellect in the world of Yod (Fire). It is logic, intent and reason, devoid of sensitivity and emotion, fighting through the flames of the element of Fire.

To make matters more extreme, in the Eight of Wands, we have Mercury in Sagittarius. Mercury is the planet of communication and Sagittarius is associated with the swiftness of the arrow.  This combination, in the Sephirah of Hod – Intellect, produces restless intelligence.

To borrow Lon Millo DuQuette’s description: “This card is like two people, who have had too much coffee who stay up all night, talking simultaneously.  A lot may be said.  A lot may be learned. But inevitably, they are both going to crash.”*

In this Eight of Wands, we have two pyramids: each having four points.  The total of eight points is symbolic of the eighth Sephirah: Hod.

Against the rising planet Mercury, we see an image of Sagittarius: the zodiac ruler of this card.