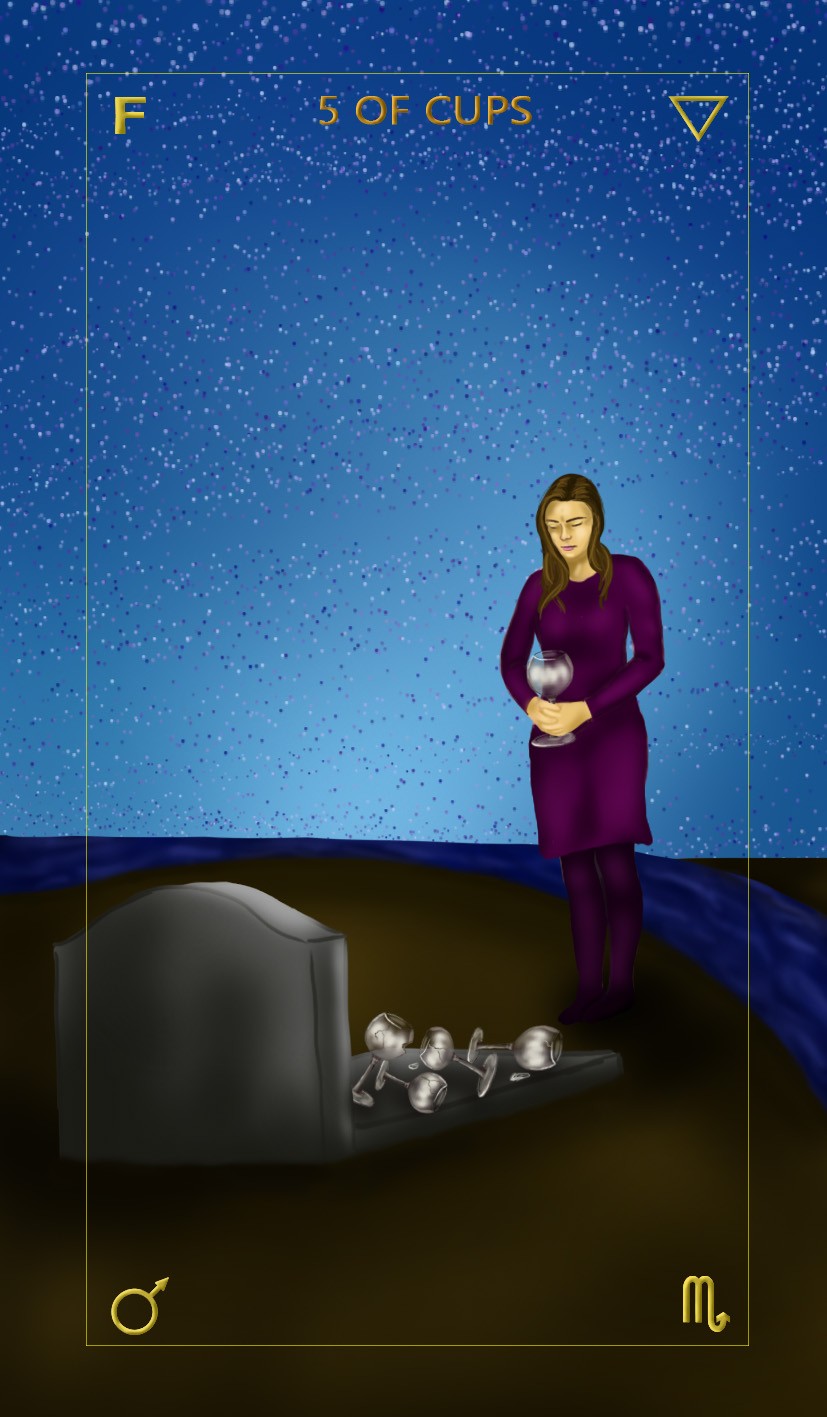 LORD OF LOSS IN PLEASURE

Five of Cups is Gevurah in Briah. The destructive power of Gevurah does not always manifest itself physically.  At times, emotional damage is  much worse than any physical  blow.  The Five of Cups is Mars in Scorpio, which is seemingly a good combination as Mars actually rules Scorpio.  However, in this mix, we have a pot-stirrer in the form of Gevurah. All this aggressive and watery energy has to explode.  Sadly, it does.

To trace the problem of the Five of Cups, we need to return to the Two of Cups – LOVE.  It was this original LOVE that led us into the ABUNDANCE of the Three of Cups. Yet too much of a good thing, turned to boredom and Apathy in the Four of Cups. And so, voila! Here we are, in the Five of Cups – DISAPPOINTMENT!

In Five of Cups we see a woman at the side of a tomb on the banks of the river.  The fast-flowing river reminds us of all the watery elements surrounding this card.

The woman is sad – but not crying. Emotions cannot flow as easily as the water when there is so much intensity.

The four cups on the tomb are broken – they are shattered – they are in the past.  Yet she is holding one cup still intact.  After all, as long as we breathe – we hope.