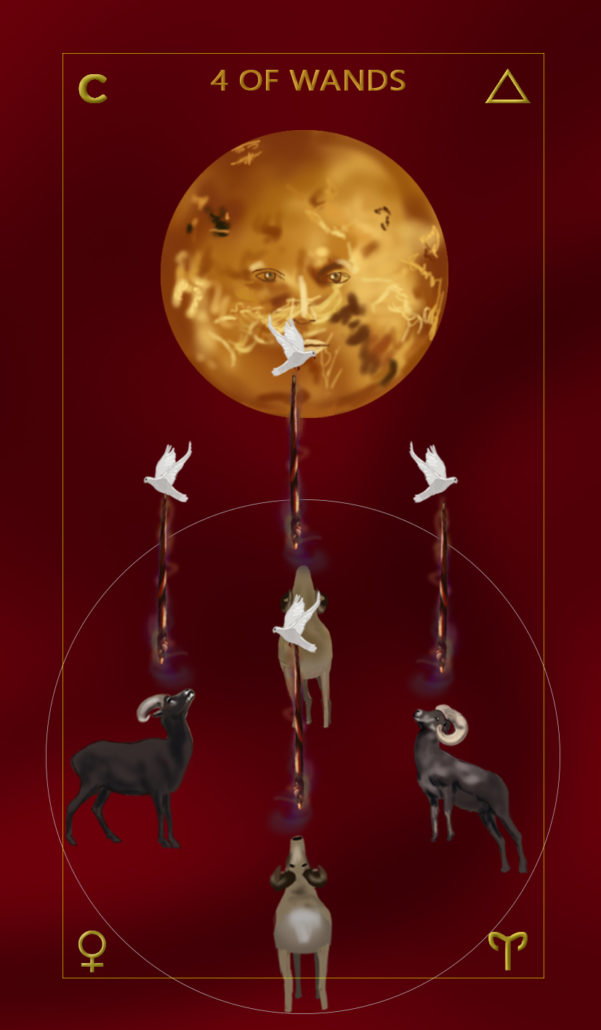 The Four of Wands is Venus in Aries.  Being the number four, this card represents the energy of Chesed in the world of Atzilut (Fire).  It is, therefore, a perfection; a completion of the process initiated by the three Supernals.

Furthermore, as Chesed is the first Sephirah that comes after the Supernals and the Abyss of Da’at. we may argue that the four of any suit represents the first true manifestation of its suit.  It does come with a caution, however. When you are the first of your kind, it is difficult to imagine that something (more powerful than you) preceded you.

The Four of Wands (just like other fours) is associated with a Demiurge – a god who believes that he is truly a god, without knowing the primal forces that created him (think Zeus, Ammon, etc.)

Prominent in the Four of Wands is the planet Venus.  Inside the planet is a heavenly woman’s face – representing Goddess Venus.

The Four Rams are attributed to Aries.  They are admiring the Goddess, each holding a wand – Venus in Aries.

The four doves flying above the wands are, likewise, representative of Venus.