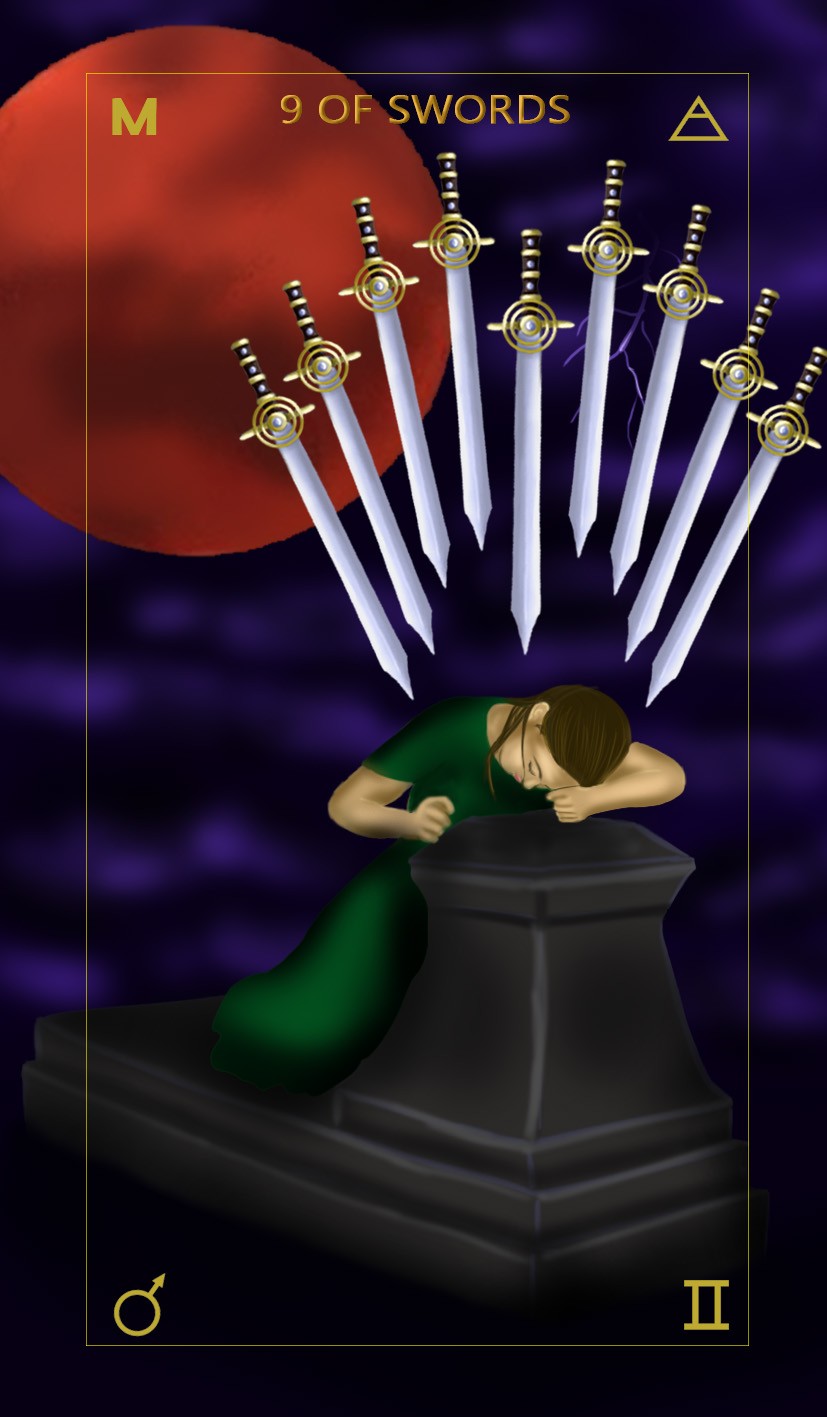 LORD OF DESPAIR AND CRUELTY

The Nine of Swords is Yesod in Yetzirah.  It is the Foundation in the Formative World of Air.

In numerology, the number nine represents the cycle of returns. No matter which number we multiply by the nine, when we reduce the results, we will come right back to nine.

You get the picture…

Thus, this never-ending circle, when combined with the intellect and thought of the Suit of Swords, throws us into a repetitive and closed loop of our thoughts. The name of the Nine of Swords, ‘Cruelty,’ points to the fact that our negative repetitive thoughts can often cause more harm than any physical blow.

That is echoed in Yesod in Yetzirah. Air in Air. Thought in thought, or as Aleister Crowley called it, “agony of mind.”

To make matters worse, in Nine of Swords we have Mars in Gemini. Mars, being a warring planet, adds ‘oil to the fire’, so to speak in thinking and talkative Gemini. Words, therefore, become weapons in this lethal combination.  Theoretically, Yesod being the middle pillar, should act as a mediator.  Yet ruled by the passive Moon, Yesod does not stand a chance of getting in the middle of two warring giants.

This Nine of Swords takes us to a graveyard. There, a clearly distraught woman is slumping over a tomb.  Physically, being next to the grave, she is near death, so to speak (Yesod near Malkut). Yet she is neither dead (with her loved one) nor alive (as the swords of her thoughts are tormenting her soul).  The Planet Mars is looming war-like in the background.