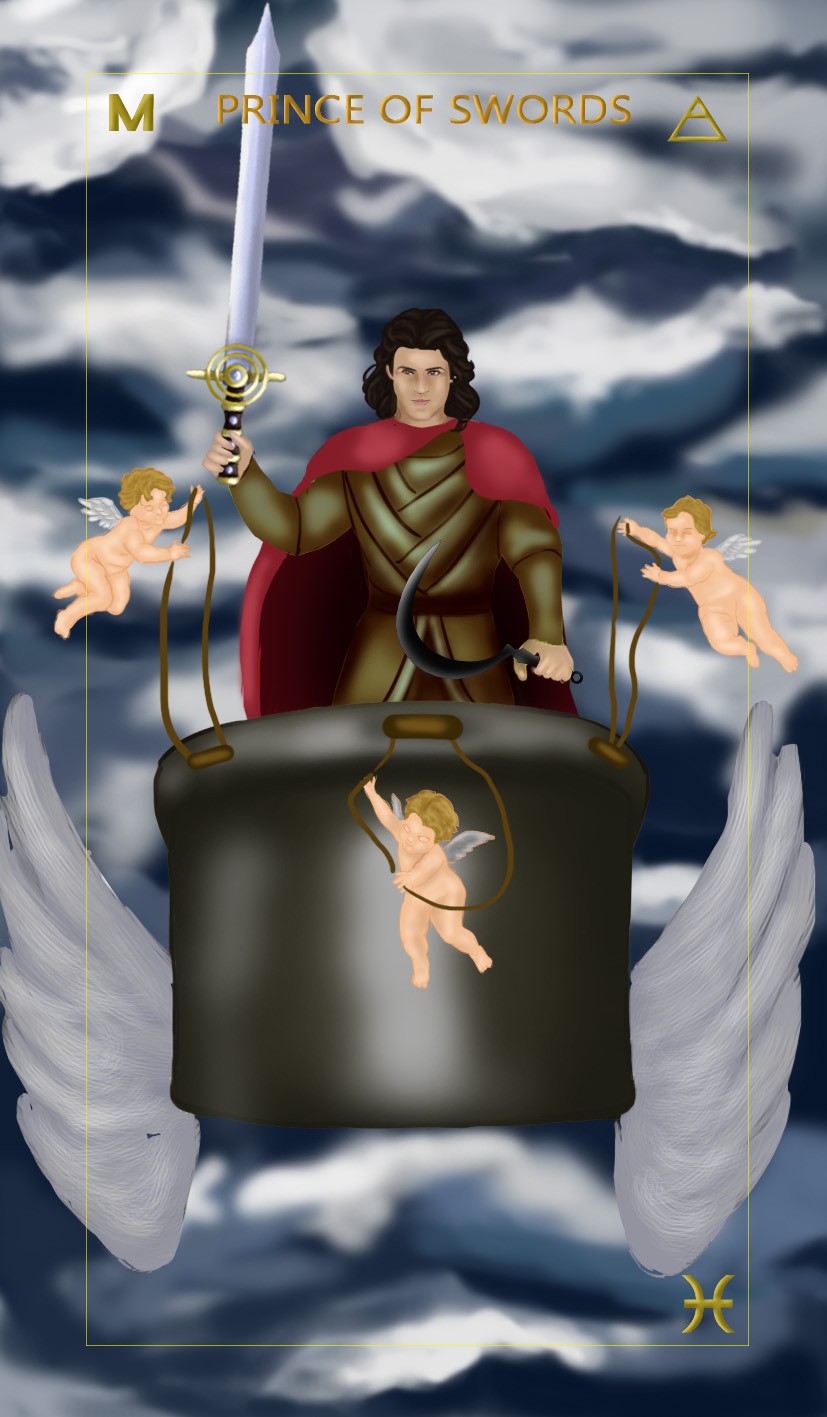 PRINCE OF THE CHARIOT OF THE WINDS

Being Air in Air, the Prince of Swords is the pure manifestation of mind and intellect, full of plans and ideas. Such a combination can either create an infinite myriad of thought or create and confuse each other.

The Prince of Swords is intelligent, idealistic, full of creativity and fluidity. He is a real Mercurian spirit, who may argue just for sake of arguing. The Prince of Swords can throw himself head over heels into a scientific research, reaching highest levels within a short time and then throw everything away without further notice because something else appears more interesting at the moment.

When he is ill-dignified, the Prince of Swords can easily become unstable, unreliable and extremely moody. In that case, he may use his intellect to con himself through life, becoming a master of disguise and deception.

The Prince of Swords is Cesare Borgia, who gained power as a general in of the Papal Armies in Italy at the age of 22. Borgia was a man of extraordinary contrasts.  Machiavelli found that he could be at times secretive and taciturn and at others loquacious and boastful. Cesare was undoubtedly a master of politico-military maneuver, and it was a combination of daring and duplicity that brought him his striking success and made him feared all over Italy.

In this card, we see the Prince’s in a winged chariot.  The wing are the very representation of air. Flying around the chariot are three winged cherubs.  The fact that they are flying in different directions suggests that just like the mind itself, the chariot is consistently being pulled capriciously in any many directions.

In his right hand, the Prince holds his sword. As a creator of ideas, the sword cuts through the air forming thoughts in the process (shaping air into thoughts).

In his left hand is a sickle, linked to Saturn which rules the Death Card.  What the Prince creates, he destroys.  This is the process of thought.  It’s like someone who creates a masterpiece then destroys it only to produce something better.