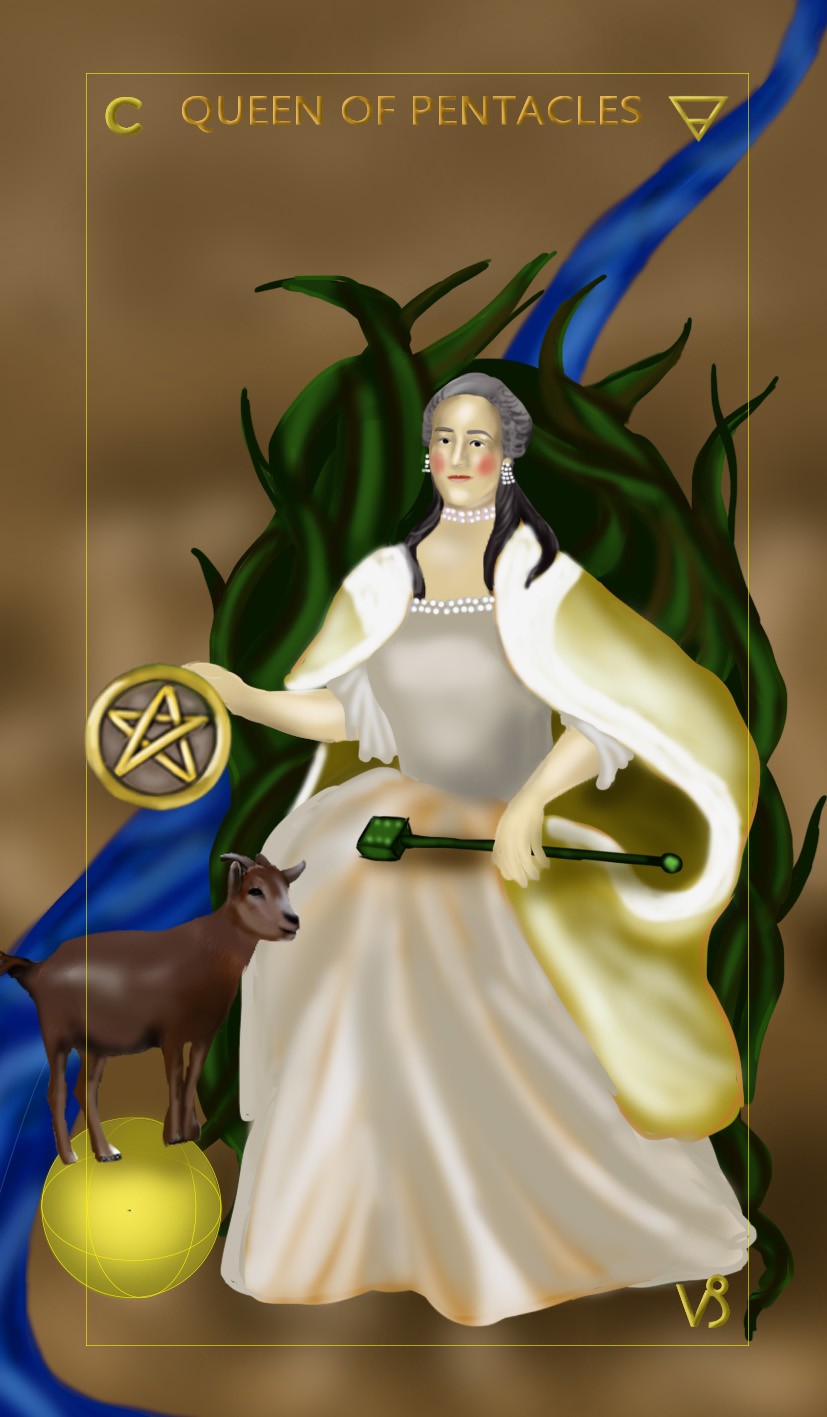 QUEEN OF THE THRONES OF THE EARTH

The Queen of Pentacles is the mother of her element. She is Water in Earth, which makes her the perfect mother, possessing both:  the depth of water and stability of the earth.

The Queen of Pentacles is kind and tender, friendly and good-hearted. She has fine instincts and well-turned intuition. This Queen is strong and sensitive. She is the protector of her house and family. Additionally, she deeply cares for emotional and material welfare. She is calm and practicable and can be a good, industrious worker.

Beneath the calm surface, the Queen of Pentacles can lean toward lust and debauchery. She can be fond of intoxicating stimulants, but she keeps it hidden.

On the dark side, the Queen of Pentacles lacks both the qualities of Air and Water, therefore she can get foolish and rather daft. She can lack pride and spirit (associated with Fire and Air), easily getting in bad habits and being too weak to free herself – or even worse: not even trying.

The Queen of Pentacles is Catherine the Great of Russia.  She kicked out her husband (the rightful heir) to rule Russia by herself. Yet she was greatly beloved by the Russian people (even though she, herself was German).  Under her reign, Russia became larger, stronger and wealthier, becoming recognized as one of the great powers of Europe.

The Queen of Pentacles is seated on a throne of ivy, which represents Earth.  In the background is a desert with a river running through it, signifying her difficult journey with many barren periods. The river (Water) points out that there was always a spiritual force guiding her.

Next to the Queen is a goat on a standing on a golden globe, representing Capricorn. The Queen is holding a large pentacle in her left hand and a scepter topped by a cube, six-sided solid referring to the Alter of the Mysteries.