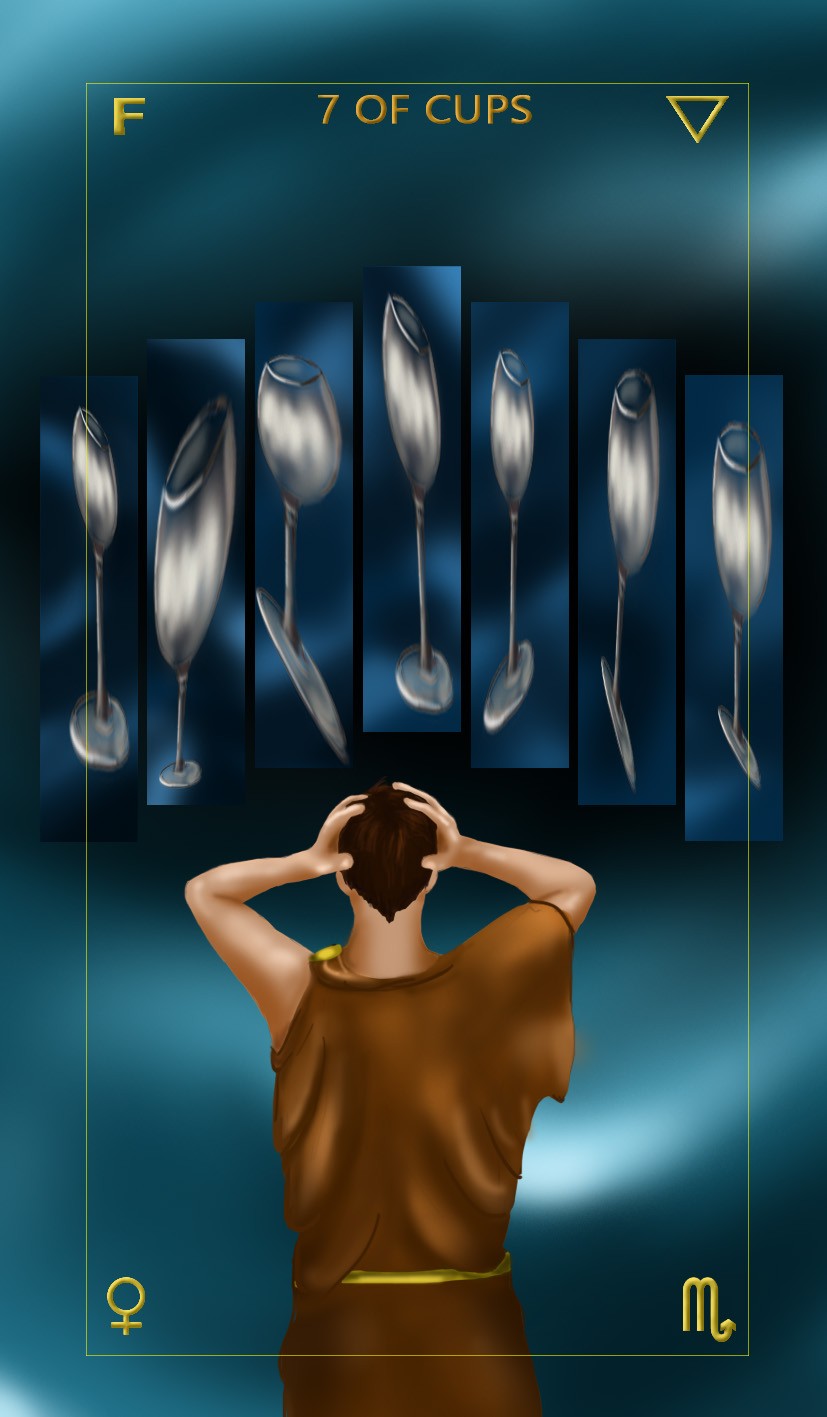 Seven of Cups is Netzach in Briah.  It is the power of Victory in the Airy world of Creativity.  Not the best combination!  Let us start with Venus, which is ill-dignified in Scorpio.  Venus, a planet of physical pleasures is quit coquettish in the sensual, possessive Scorpio. The problem is this foreplay between the two is so intense and prolonged that in the end, they each forget why they came.

In the Seven of Cups, in the Sephirah of Netzach, feelings and emotions rule unchecked.  Reason and logic are left at the door.  As a result, when left unchecked, debauchery prevails, which often contains deceit, disillusion and let-down.

The man in the Seven of Cups has his back to us. We don’t see his face, so we are not quite sure what’s going through his mind. Yet his body-language is quite expressive.

Seven distorted mirrors in front of the man are reflecting back seven cups. Which one is real? Are they all? Any of the seven? What is everything, including himself, is merely an illusion?