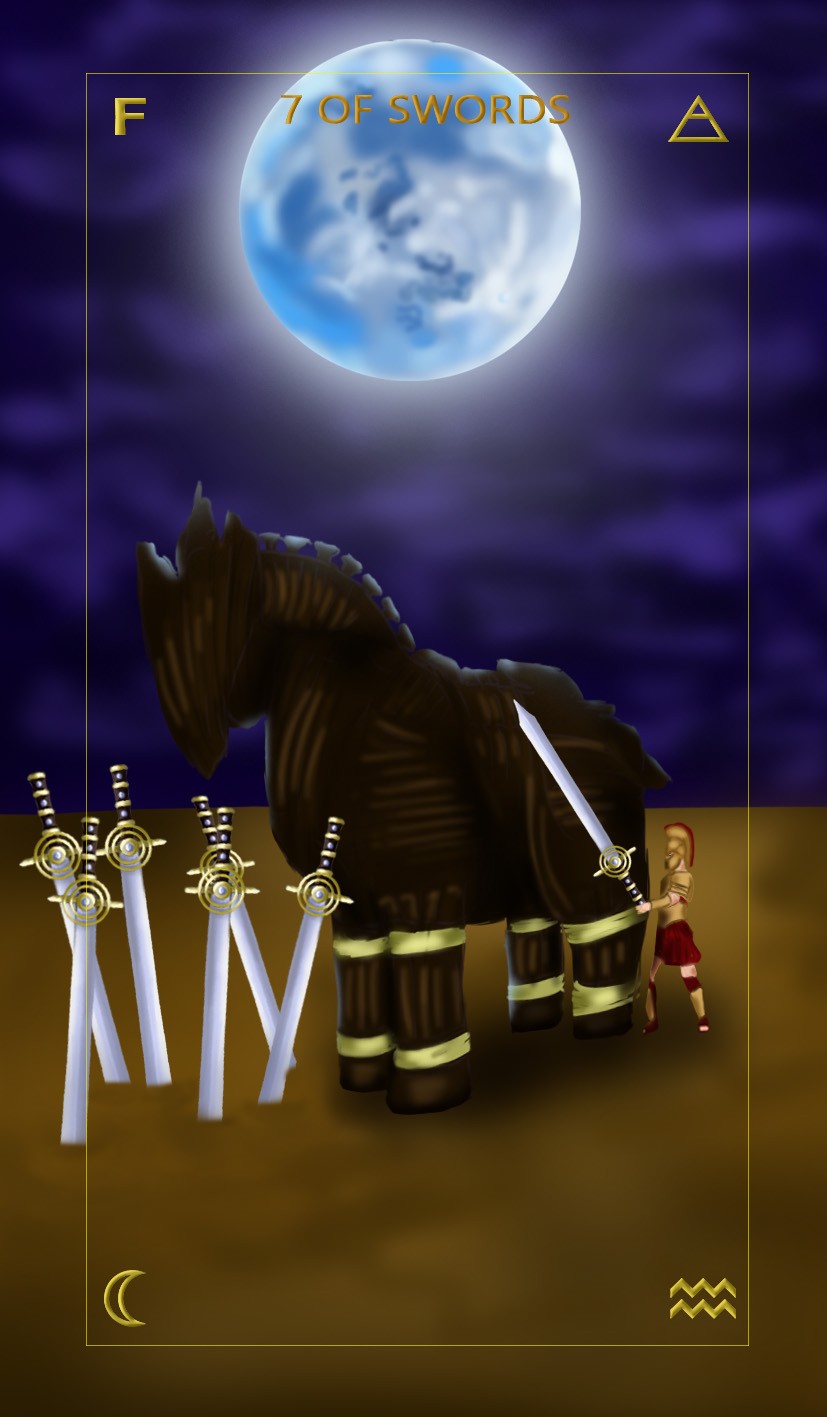 The Seven of Swords is Netzach in Yetzirah. It is the power of Victory (Emotion) in the Airy Formative World.  It is also Moon in Aquarius.  And this is where it gets murky.  Moon is full of illusions and deceptions.  In an unstable and unpredictable sign of Aquarius, it muddies the waters and covers its tracks. Nothing in the Seven of Sword is as it seems.

Furthermore, Netzach, a Sephirah of unbridled flow of feelings and emotions is ruled by Venus, – another emotional and sensual planet.  Considering that all this is going on in the world also ruled by the Moon (Yetzira), any logic and rationale of Air (Swords) is pushed aside and trampled. As a result, we are confronted with another name of this card: FUTILITY.

The ultimate symbol of the Seven of Swords is shown in this this card: The Trojan Horse. The very epitome of confusion is deceit is forefront and center.  The lonely soldier hiding behind the horse gives a hint that at times a lovely gesture is hiding an unknown threat.