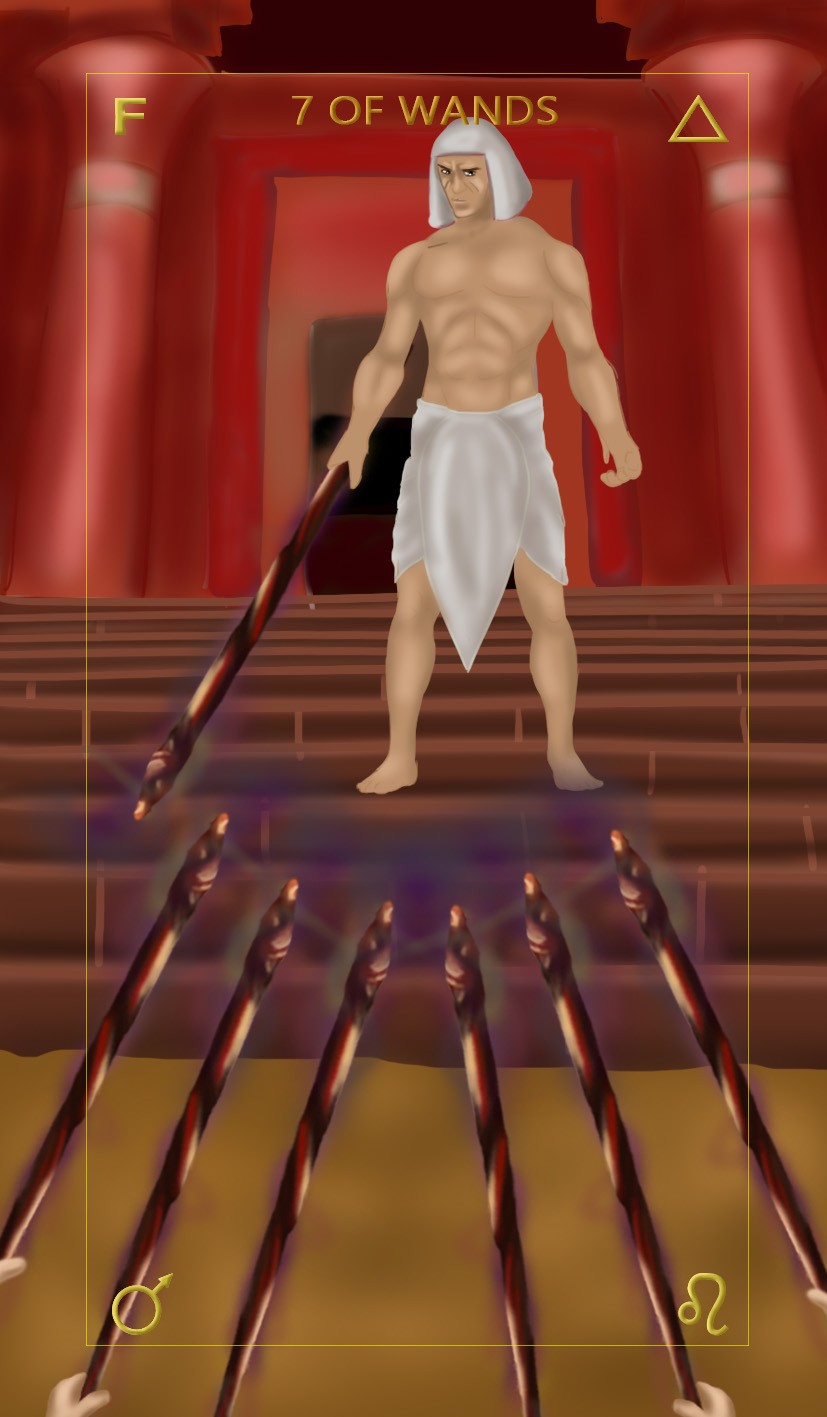 Seven of Wands is Netzach in Atzilut. It is the power of Victory in the world of Yod (Fire).

In this card, the aggressive and warlike energy of Mars meets an ally in proud and fiery Leo. Yet all this virility is happening quite far from the pure Spirit of Keter.  Netzach, ruled by Venus, is a Sephirah where sensitivity and emotions rule supreme. Therefore, when unbalanced by Hod, its opposite Sephirah of intellect, Netzach is more about the heart, than the brain.  Thus, the battle no longer rages on strategy, but on sheer valor and heroism.

In this Seven of Wands, an ancient Egyptian Warrior is defending his temple.  He is alone.  The wands coming at him are many. He looks as if he is determined to stand his ground by virtue of his bravery and conviction alone.