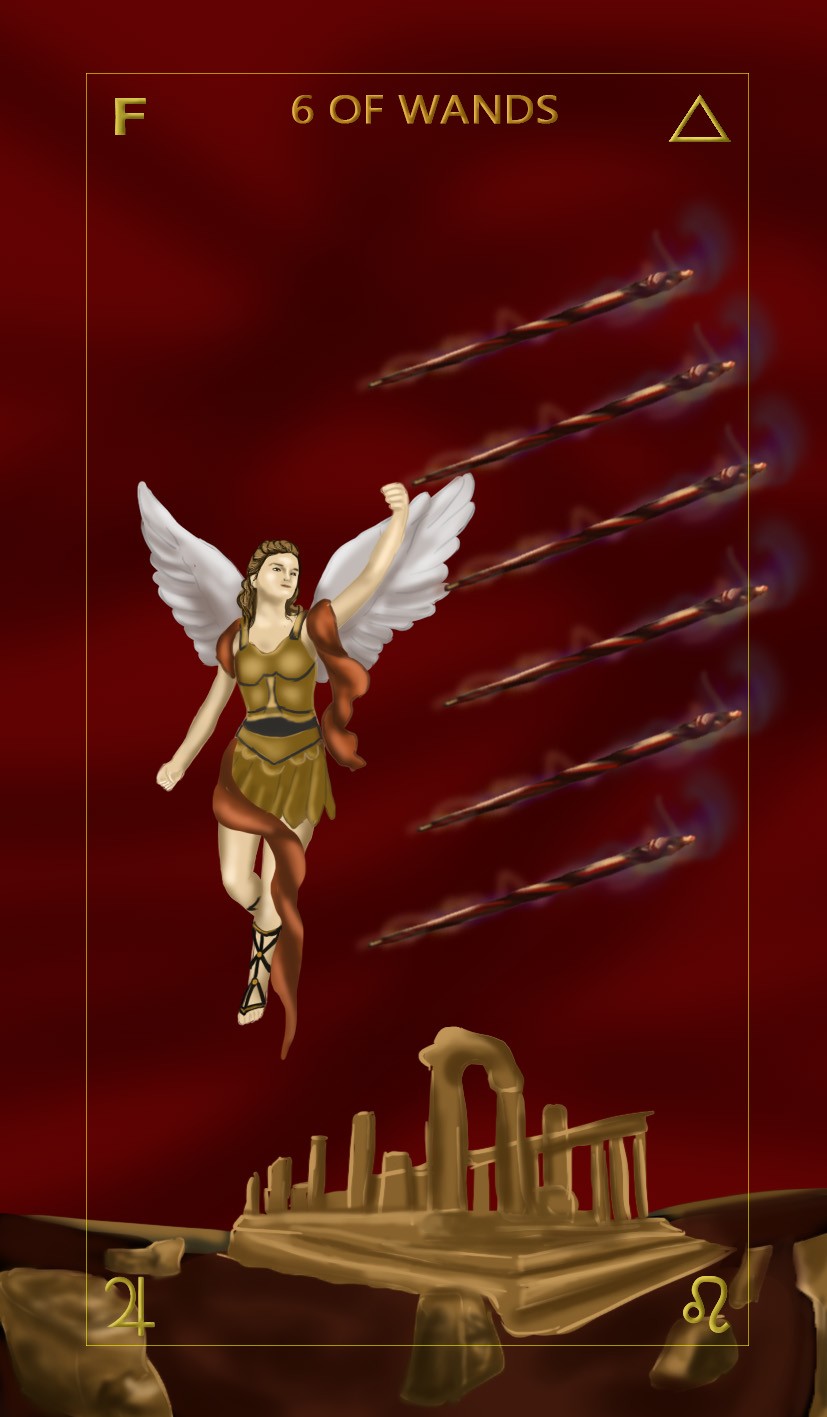 After the turmoil of the Five of Wands, The Six of Wands brings the welcome reprieve.  That’s the power of Tipheret in Atzilut: beauty in the world of Fire.

The calming and tranquil effect of Tipheret is reflected in all the sixes.  That includes the Six of Wands. Tipheret, the sixth Sephirah, is a direct reflection of Keter – pure Spirit.  As such, it is balanced smack in the middle of the Middle Pillar and acts as an equilibrium and balance to other, dueling Sephirot.

The effect is further emphasized in the Six of Wand by the placement of Jupiter in Leo.  Jupiter, the planet of expansion and growth, is happy and prosperous in the powerful and self-confident Leo.  All this is going on in the world of wands – fire – Atzilut: a world of creativity and drive. And thus, we have VICTORY.

Who can be represent Victory of not Nike herself – the Goddess of Victory.  Nike is fierce. All her six wands are flying in the same forward direction.  She is determined and unwavering.

A ruined city lies beneath. It is almost leveled, as a result of Nike’s conquest. But that’s in the past (in the Five of Wands). What comes now, after the strife, is Victory.

Everything is where you left it.