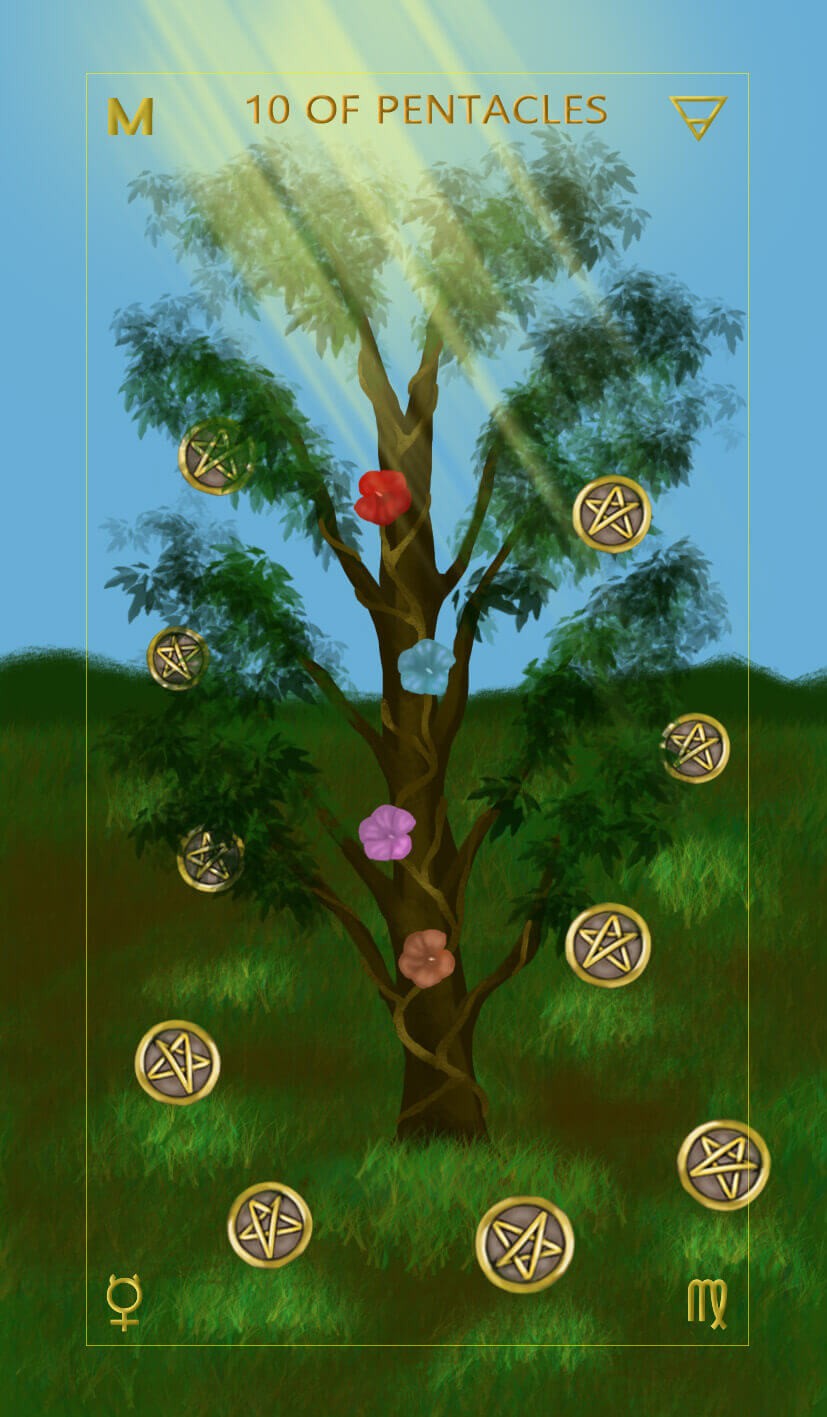 Additionally, in the Ten of Pentacles, Mercury is in Virgo.  Mercury is right at home in Virgo, as its ruling sign. Mercury delves into the core of issues and resolves them.  That’s very helpful to the very resourceful Virgo and between the two of them, all the physical and material success is assured!

This Ten of Pentacles is a very lush, fertile and bright card.

In this card, we see ten pentacles falling onto the earth.  They all seem to ‘fertilize’ the spot where a lush tree is beginning to grow (representing the Tree of Life).  The tree has ten branches, which symbolize ten Sephirot.

At the top of the card is a bright light, representing the light of Keter, toward which this tree will grow.

Enveloping the tree is a single ivy, with four flowers.  On the bottom is the brown, flower, representing Earth (Assiah).  Next up is the Light Lavender flower representing Air (Yetzirah).  Third flower is Blue, representing Briah (Water).  The Last flower is Red, representing Atzilut (Fire).  These are the four worlds which we must now ascend on the way up to Keter.