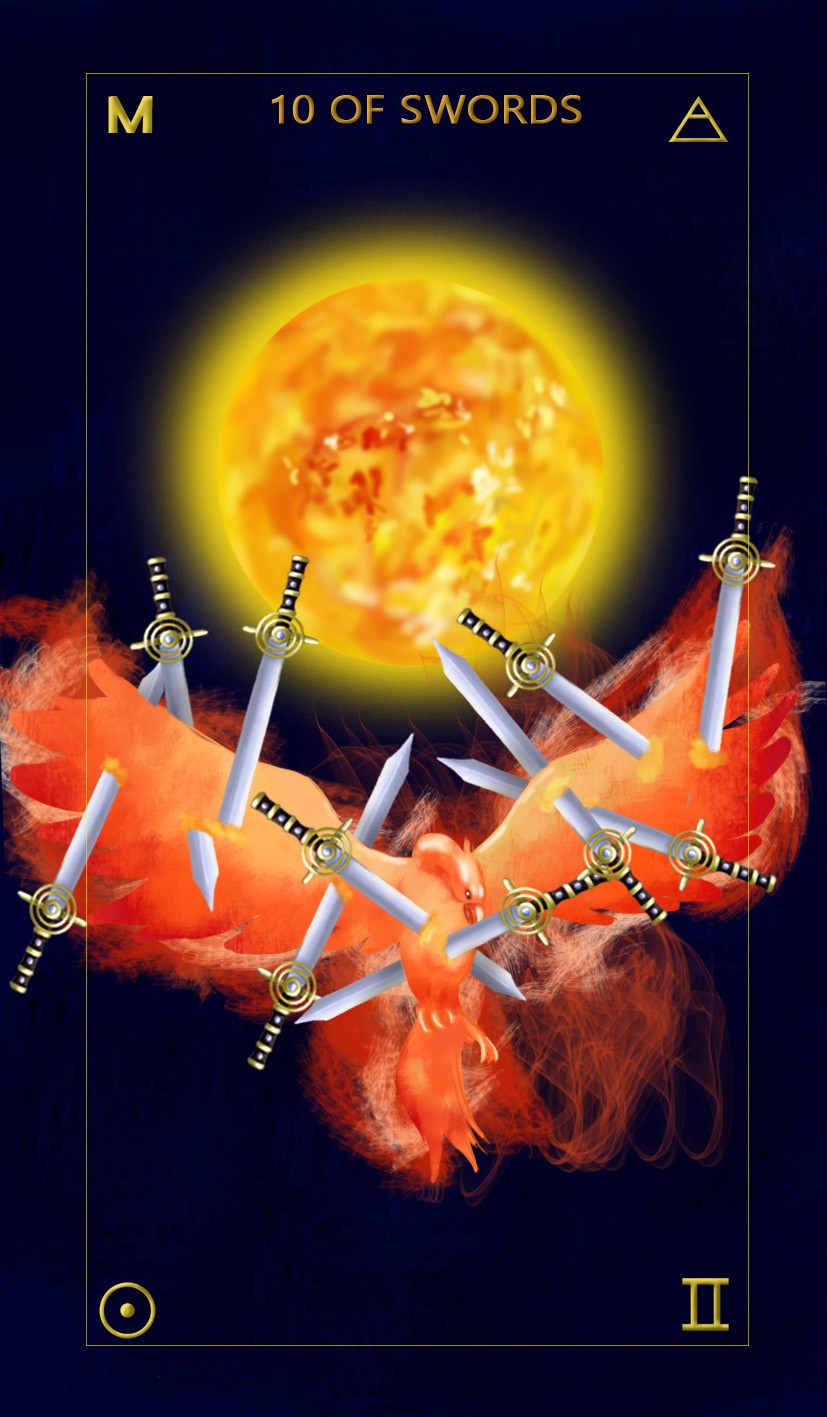 The Ten of Swords is Malkut in Yetzirah.  It is the power of Earth in the world of Air.

And, yet, like with any other number ten, there is light at the end of the tunnel.  For every ten is also a one – a new beginning.  Just like Malkut is the end of the road and a beginning of a new one, so the Ten of Swords promises that even though it is as bad as it gets, you have nowhere to go from here, but UP!

This Ten of Swords is represented by the Phoenix. I specifically chose this image to embody the Ten of Swords because I prefer to focus not on the ruin, but on what comes after: a new beginning.

The Sun looms large in this Ten of Swords, as the Phoenix takes his last breath.  Ten Swords are piercing his body. He is about to die. Yet, death is not a finale, but a re-birth.  For, as we know that after a horrible death, the Phoenix will stubbornly rise again!