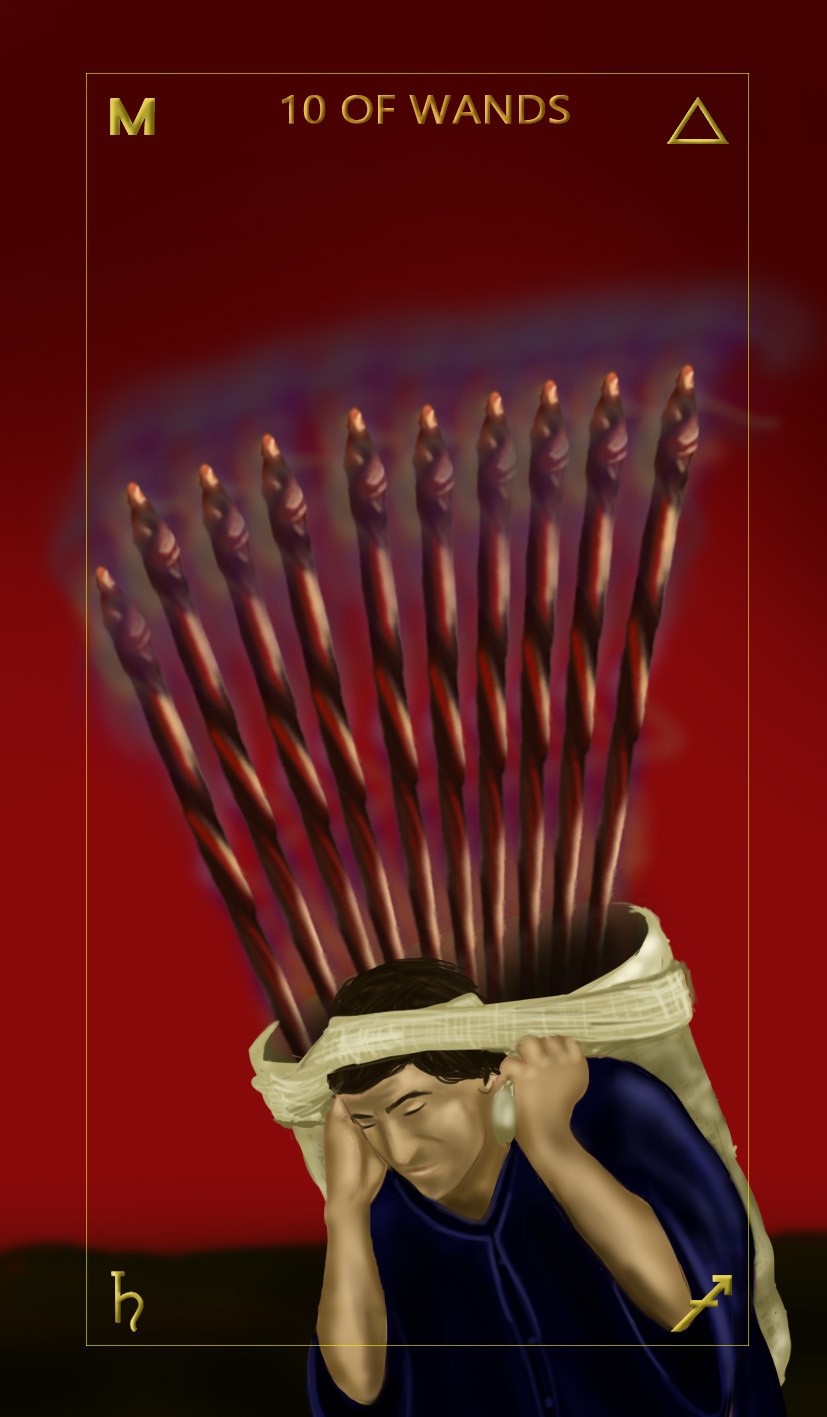 The Ten of Wands is Malkut in Atzilut. It is the power of the element of Earth in Fire.  Every time I encounter this combination, I think ‘forest fires.’  It is a dangerous phenomena that burns to the crisp everything it encounters.  As so it is, when the destructive and powerful energy of fire hits the ‘stable’ cultivated Earth.

Furthermore, the Ten of Wands is Saturn in Sagittarius.  Sagittarius, the lightest gentlest of all Zodiac signs is restricted and oppressed under the limitations and constraints of the planet Saturn. And thus, this is the ultimate card of oppression and cruelty.

In this Ten of Wands, the oppression is expressed by the heavy load the Nepali man is carrying on his back.  The weight is tied around his forehead, to make it more evenly distributed. Yet that distribution almost has the opposite effect as it spread the massive load all over his him.  Not a single part of the man’s body is free from the burden.