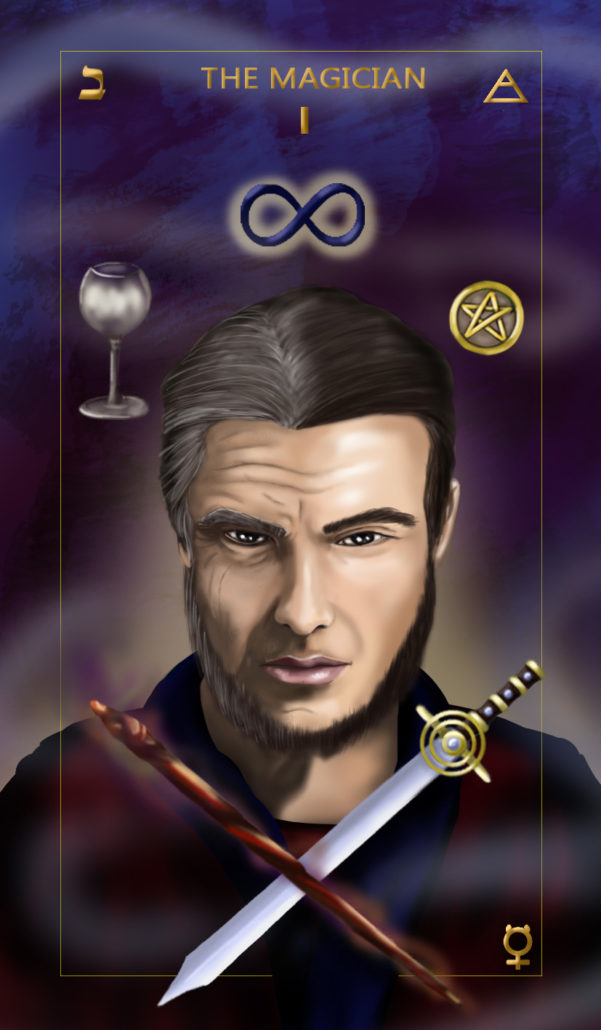 Magician is the first card after The Fool, so therefore, he still carries infinity / nothingness with him. The most important thing to understand about his path on the Tree of Life is that is is sheer WILL that is purposeful and direct, that brings nothingness into matter.

The Magician contracts the zero of the Fool into a point of light. He paves the way, so to speak for the Fool to focus on his spiritual journey.  The Magician is the first path of emanation from nothingness into something. The problem, however, is that while doing that, the Magician brings forth the ILLUSION of reality of life.  So, in some ways, this is a let down from understanding NOTHINGNESS (Kether).  As Aleister Crowley put it : “Manifestation implies illusion.” However, this illusion will be shed at the end of the journey, by the time the Fool reaches the World card.

Astrologically, the Magician is ruled by the planet Mercury.  Mercury (Hermes, in Greek mythology) was a messenger god. Therefore, communication, in general, and words, specifically, are an integral part of the card.  After all, what are words if not intelligent vibrations? Thus, it is through words that Magician (Mercury) carries out his will.  Through the number 1, the Magician is the first vibration through which pure Spirit begins to manifest itself. Many Magician cards carry symbols that say: “As above, so below.”  The Magician, therefore, brings us the idea of Self-Creation from Spirit (Kether).

The path between The Fool and The Magician is not easy.  It is this path that has us leave the dream-like state of the Fool and drops us into the reality of the manifested world.

This path is the very first step the Fool takes when he separates himself from the Spirit bubble and plunges into the realities of the World Card (which will take him 21 more paths to complete). He has to start somewhere – and this is it.  Through this first step of ‘reality’ manifestation, The Fool starts the process of self-reflection and enlightenment. The more he will understand about the separation of self from the ONE, the more he will be pulled back into the ONE when he reaches the World Card.

In a Tarot Reading, The Magician may mean: