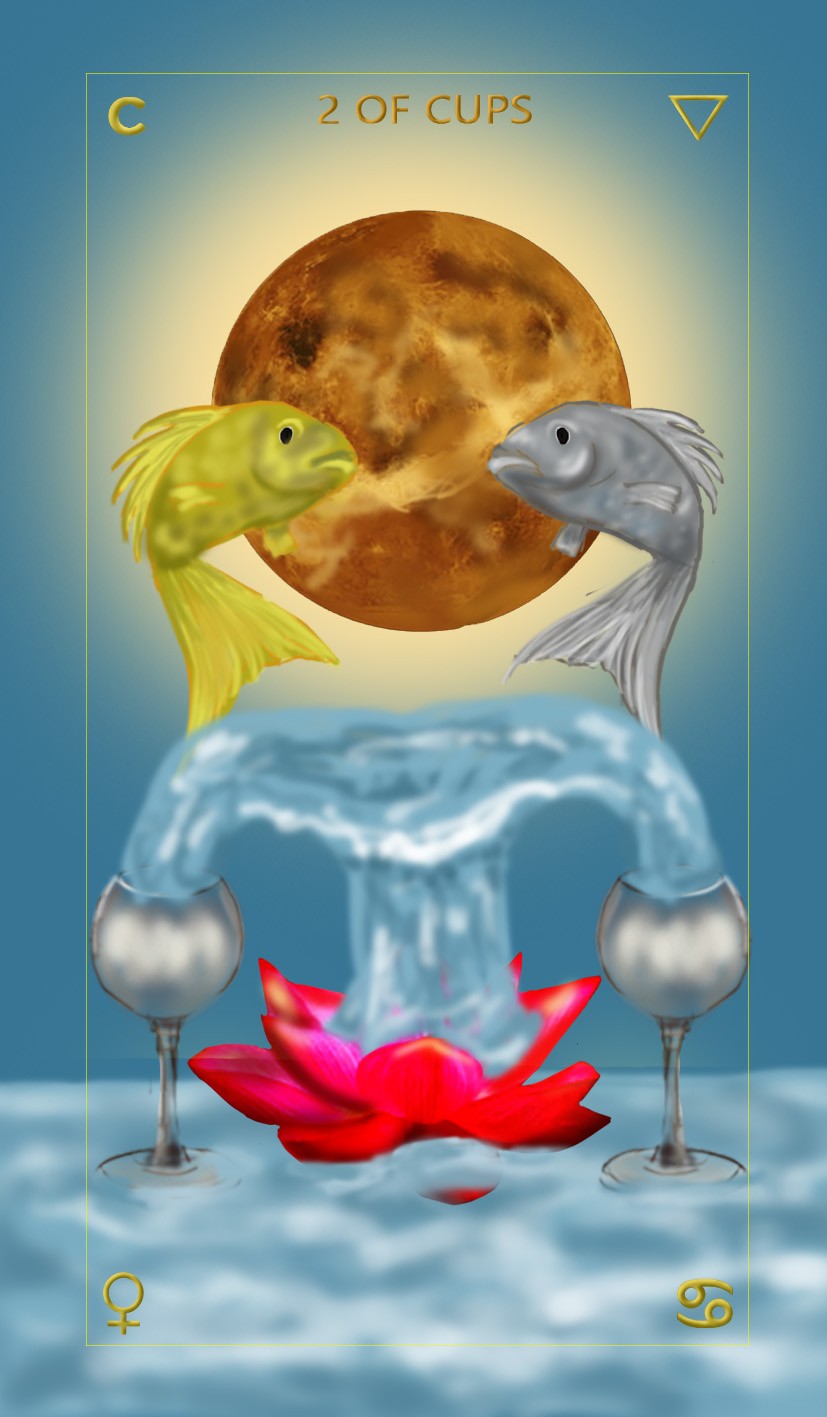 The Two of Cups is the power of Chokmah (number two) in Briah – the world of Water. It is the ultimate union of Wisdom and Understanding – thus giving us LOVE.

Furthermore, in the Two of Cups, Venus is in Cancer. Venus, the planet of love and money is very happy to be hosted by the sign of emotions and contemplations. It is a ‘match made in heaven’.  Keep in mind, this card does not necessarily mean a romantic relationship.  It is easy to forget the other aspect of Venus’ rulership: money.  Thus, quite often, the Two of Cups may indicate a beginning of a business deal or partnership.

At the bottom of the Two of Cups is the same red lotus that made an appearance in the Ace of Cups. It is a reminder of the impregnating force of Chokmah (Fire – Yod)

Encircling the cup are two mystical fish.  The one on the left represents the sun (male energy).  He has a fin of five points; five being the number of the Emperor trump.

The silver fish on the right represents the Moon – female energy. She has four points; four being the number of the Empress trump.

Looming large in this Ace of Cups is the planet Venus – the ultimate representation of the Goddess of Love.