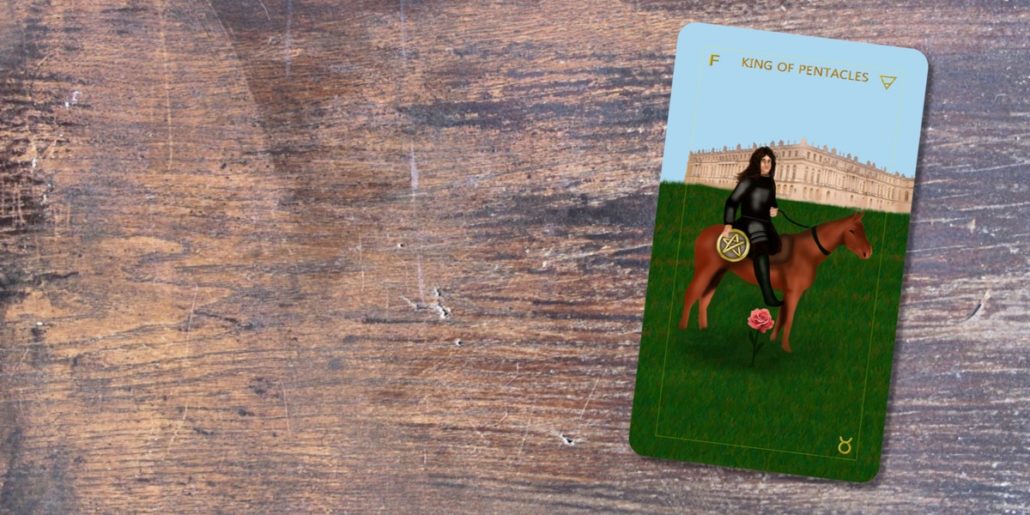 Aleister Crowley would turn in his grave hearing me say that.  Yet it is with my utmost respect for the late Mr. Crowley and his enormous contribution to the study of Tarot that I must insist.  The Kings are not mutable. They are fixed!

To explain, let me begin with the Kabbalistic explanation. Mr. Crowley and I agree that Queens are Cardinal.  The Queens give life, they begin a process of formation.  On the Tree of Life, the Queens belong to the Sephirah Binah (Understanding).  It is, in fact, Binah, that initially gives rise to what will, eventually, become all form. Cardinal it is then.

We also agree that Princesses, who belong to the Sephirah Malkut (Active World) are not associated with any astrological quality, as they embody the potential of their elements that are resident in the active world.

And now we come to the Princes and Kings, whom Mr. Crowley designated as Fixed and Mutable, respectively. Let us start with the Princes. They belong to the Sephirah Yesod.  Yesod is an interesting Sephirah, translated as ‘Foundation.’ Yet it is a Sephirah ruled by the Moon.  This is a Sephirah of dreams, delusions and the unconscious. Yesod is a Sephirah that reflects our Active World almost as a mirror image.  It is deceptive and mysterious. How, then, can Princess, residing in the world of illusion be belong to the Fixed astrological quality? Residing in the Yesod, the Princess are illusive and ever-changing, depending on the light that illuminates them.

The Kings, on the other hand, reside in the Sephira Chokmah – Knowing.  It is this very ‘knowing’, alone, that can justify their Fixed Quality. For once you ‘know’, you are unwavering in your conviction.  It is this border-line arrogance that comes with ‘knowing’ that is attributable to the Kings. Once you ‘know’, you are not changing your mind.  You are fixed in your belief and conviction and, right or wrong, are unwavering in your own certainty.

Another way of looking at the issue is to approach the Court Cards as developmental stages.  The Princess is the initial stage of a development – an idea, if you will.  That makes perfect sense.  The Queens, on the other hand, give birth – create form – and manifest that idea. Again, that agrees with their designation as Cardinal. It is the Princes (Knights), however, that grow and develop the initial idea. They are the ones that advance, change and ripen the project (or initiative).  By the time we get to the Kings, the stage of the development is final and established.  It is matured to fruition and needs no more improvement.  It is precisely that stability that makes the Kings fit the Fixed quality – not Mutable.

So why is it important? Because when we examine planetary and astrological positions of the Kings, it makes more sense, for instance, to assume that the King of Pentacles in Venus in Taurus, rather than Mercury in Virgo (as it would be if the same King were of the Mutable quality). Venus is a planet of love and money.  Taurus is an Earth sign that embodies physical concerns and delights. It makes more sense, therefore, that the King of Pentacles, which is Fire of Earth, is Venus in Taurus.  It would make less sense for his astrological designation to be Mercury in Virgo, as would be the case if he were Mutable.  While Mercury is at home in Virgo, Mercury is a fast-moving, communicator.  Mercury is flexible, adaptable and probing.  And it is precisely this Mercurial dominance that would not fit the qualities of the King of Pentacles.  For this King is Lord and Master of his own earthly domain.  The situation is similar with the other three kings.

It is for reasons stated above that I always designate Kings as fixed and read their interpretations accordingly. It just makes more sense to me; no matter what Mr. Crowley would have thought.