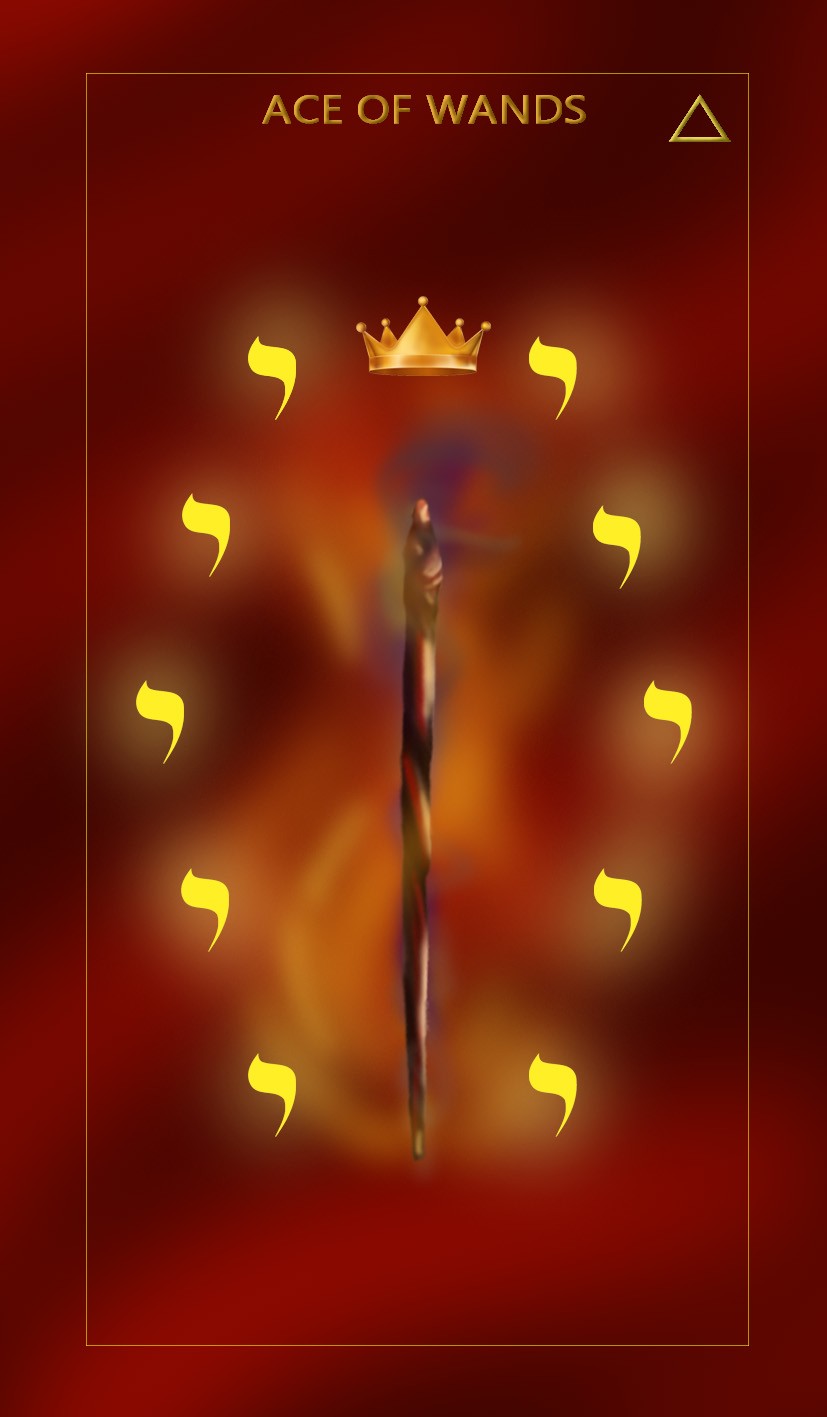 THE ROOT OF THE POWERS OF FIRE

The Ace of Wands is the primary outpouring of energy of the Universe.  It is the Keter of Atzilut.  All of the minor arcana cards emanate from the Ace of Wands.

The Ace is the single fiery wand rising from the smoke and lava of the volcano beneath.  Around the wand are the 10 Hebrew letters Yod – representing Atziluth and also the masculine fiery energy of God’s name.

Floating above the wand is a celestial crown – it is glowing and etherial – representing Kether itself.

The background is very red and dynamic (active, moving, fiery).

Everything is where you left it.