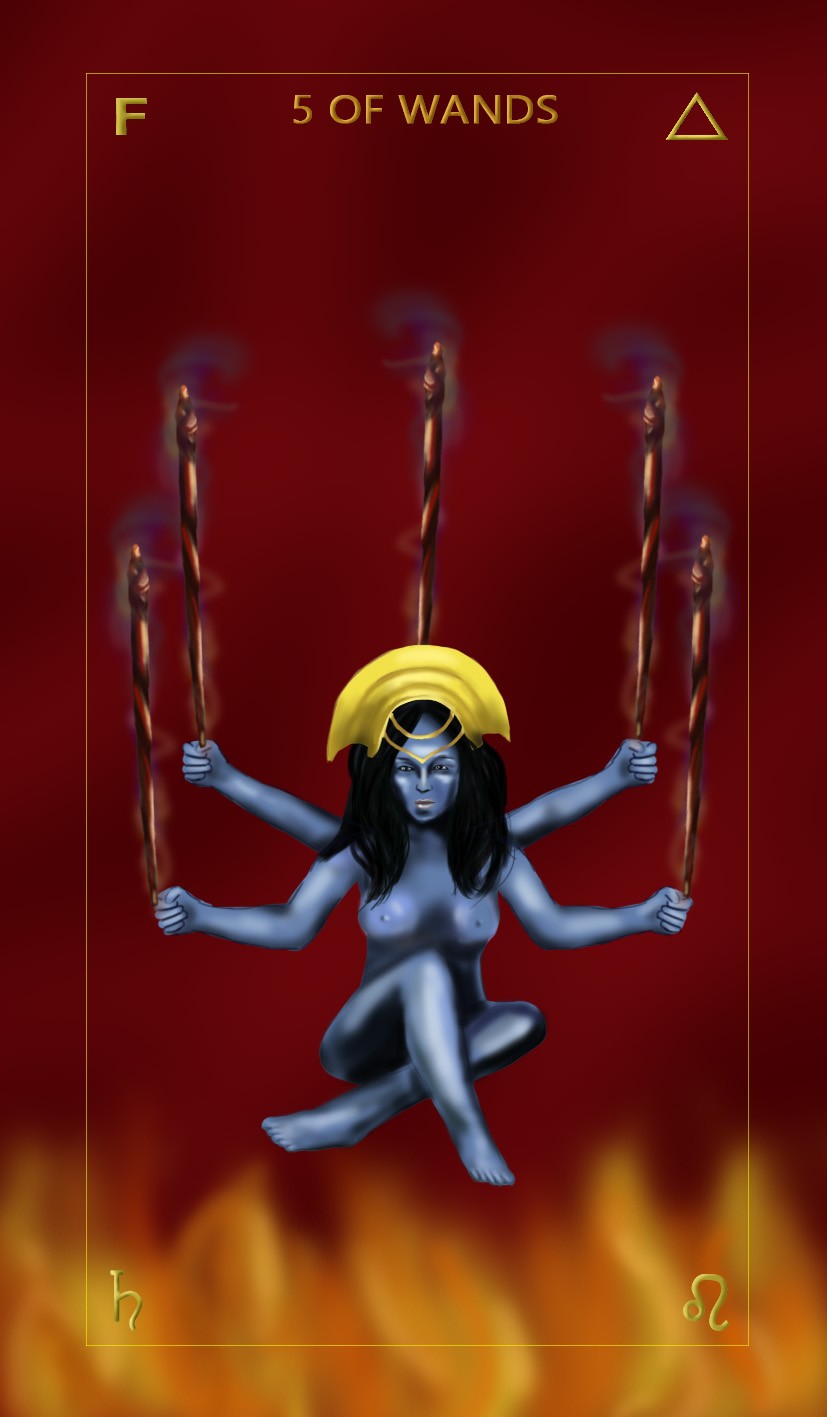 The Five if Wands is the Gevurah in Atzilut – the influence of Severity in the World of Fire. OUCH!

The Sephirah of Gevurah carries destruction. The sign of Leo points to the Sun and the ultimate Ego.  Therefore, more often than not, the strife happening in the Five of Wands is internal.  It is the destruction of one’s own ego, that can be brutal, yet necessary in order to achieve one’s spiritual goals.

Additionally, Saturn, the planet of destruction and limitation is in the sign of Leo.  This, in turn, causes all the heat of this card to boil over and, eventually, explode.

The Hindu Goddess Kali is the very epitome of Gevurah in Atzilut.  Kali destroys.  Yet her destruction is not a goal in itself.  It is a means of bringing forth peace.