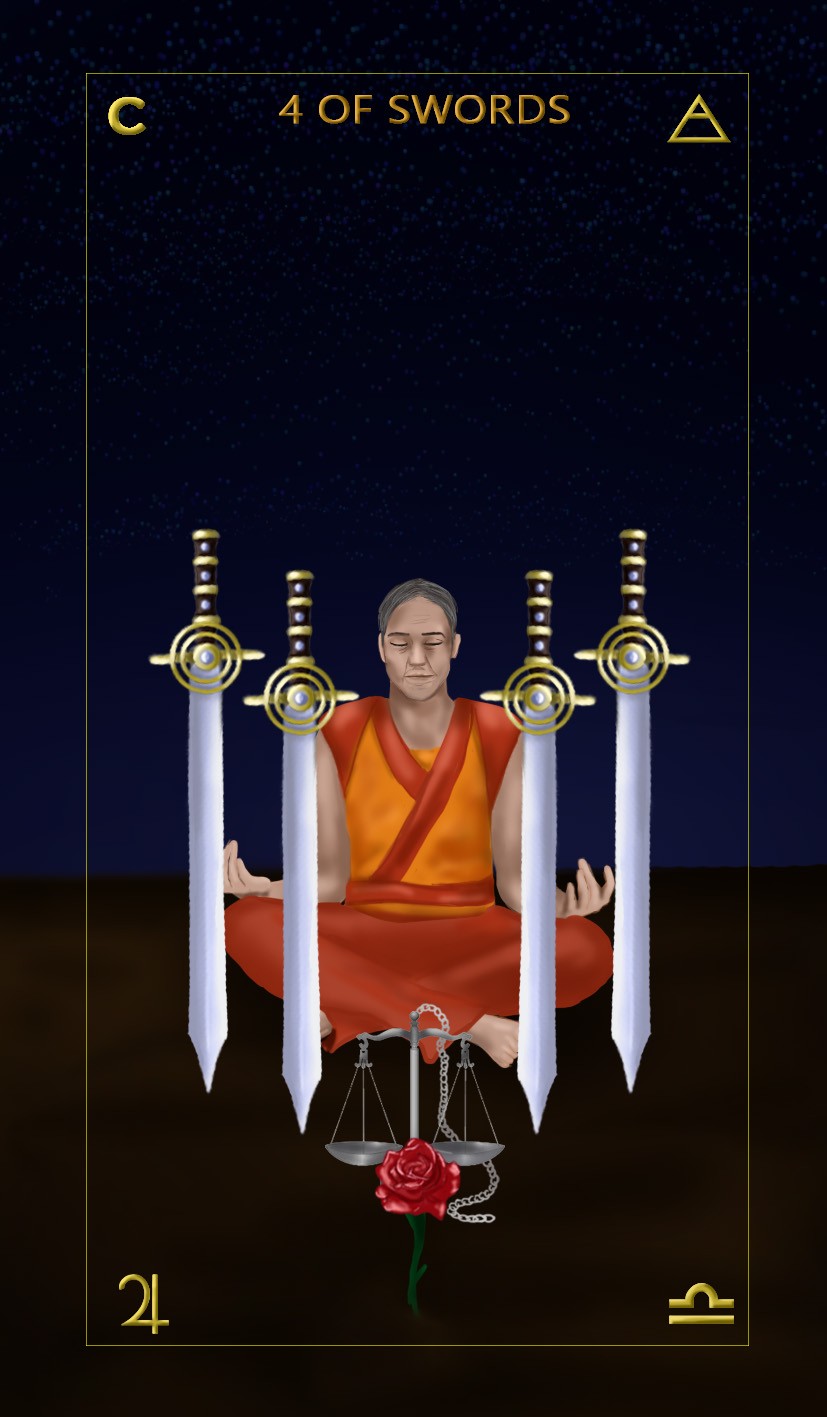 LORD OF REST FROM STRIFE

The Four of Swords is Chesed in Yetzirah.  It is the power of Mercy in the Formative world of Air. How appropriate that Chesed is also the sphere of Jupiter, which just happens to be in Libra in this card.

Chesed brings a sign of temporary relief to the mentally turbulent world of Yetzirah. Jupiter, a planet of opportunity calls on the powers of Libra to weigh all these opportunities carefully and meticulously. “Take your time”, Jupiter calls out – “Really think about it.”  THINK – DON’T DO.  Neither Chesed nor Yetzirah are active.  They are spheres of contemplation and retreat.

In this Four of Swords, the Tibetan Monk is doing just that: contemplating through meditation. The swords are still – they are mentally resting aside, while the Monk just sits. The swords shield the Monk from the battles of his own mind.

The Scales of libra, likewise are not swinging.  They are peacefully placed on the ground in front of the Monk.  They are set aside for the time-being.

The rose (representing harmony) in the Four of Swords is a reminder of the Three of Swords.  This rose was pierced and shattered in the previous card. Here, it enjoys a respite from the previous conflict. It is being recharged, along with the Monk.