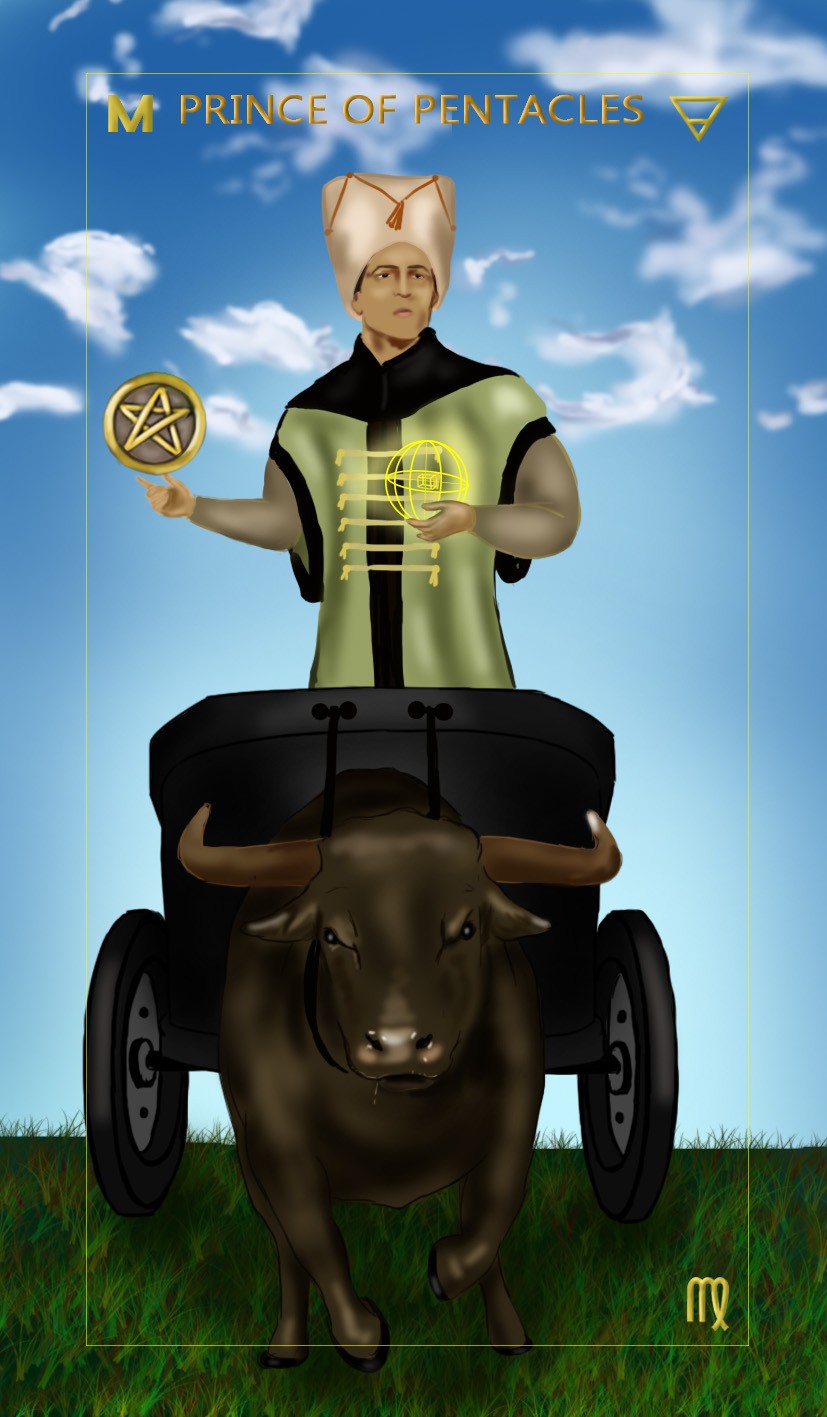 PRINCE OF THE CHARIOT OF THE EARTH

The Prince of Pentacles represents the Air in the element of Earth. He is stable, industrious and also thoughtful and inventive when it comes to improving matters.

Nevertheless, the element of Earth puts the brakes on Air. As a result the Prince of Pentacles is slow in following and developing his plans and ideas.  Yet he is steady and unwavering – once on his path, he will forge ahead by sheer force of his will.

The Prince of Pentacles can seem emotionally detached, at times. Yet he values his own comfort and beauty. He is patient and tolerant, but once in rage, he stays there for a long time.

On the shadow site, the Prince of Pentacles can get stubborn and ignorant. He can become easily irritated by anything that is slightly off about his. surrounding, This Prince can also become indifferent to the point of apathy.

The Prince of Pentacles is the Ottoman Ahmed I. Ahmed ascended the throne at the age of 14, following the death of his father.  He ended the Ottomon tradition of royal fratricide.  Ahmed I is also well known for his construction of the Blue Mosque in Istanbul and introducing long-reaching administration of his lands.

The Prince’s chariot is pulled by a bull, responsible for his material, down to earth and practical attributes.  The Chariot itself is black, the color of Earth and Malkut, the tenth Sephirah.

In his left hand is a large orb, symbol of the Sun and its role in agriculture.  The Prince holds it as if to show his dominion over this process

The Prince’s pose is meditative: contemplative nature of the Prince of Pentacles.  That contemplation goes hand in hand with the planning implied by the geometries in the globe in the left hand. The chariot hovers over fertile, lush, green land, over which the Prince rules.