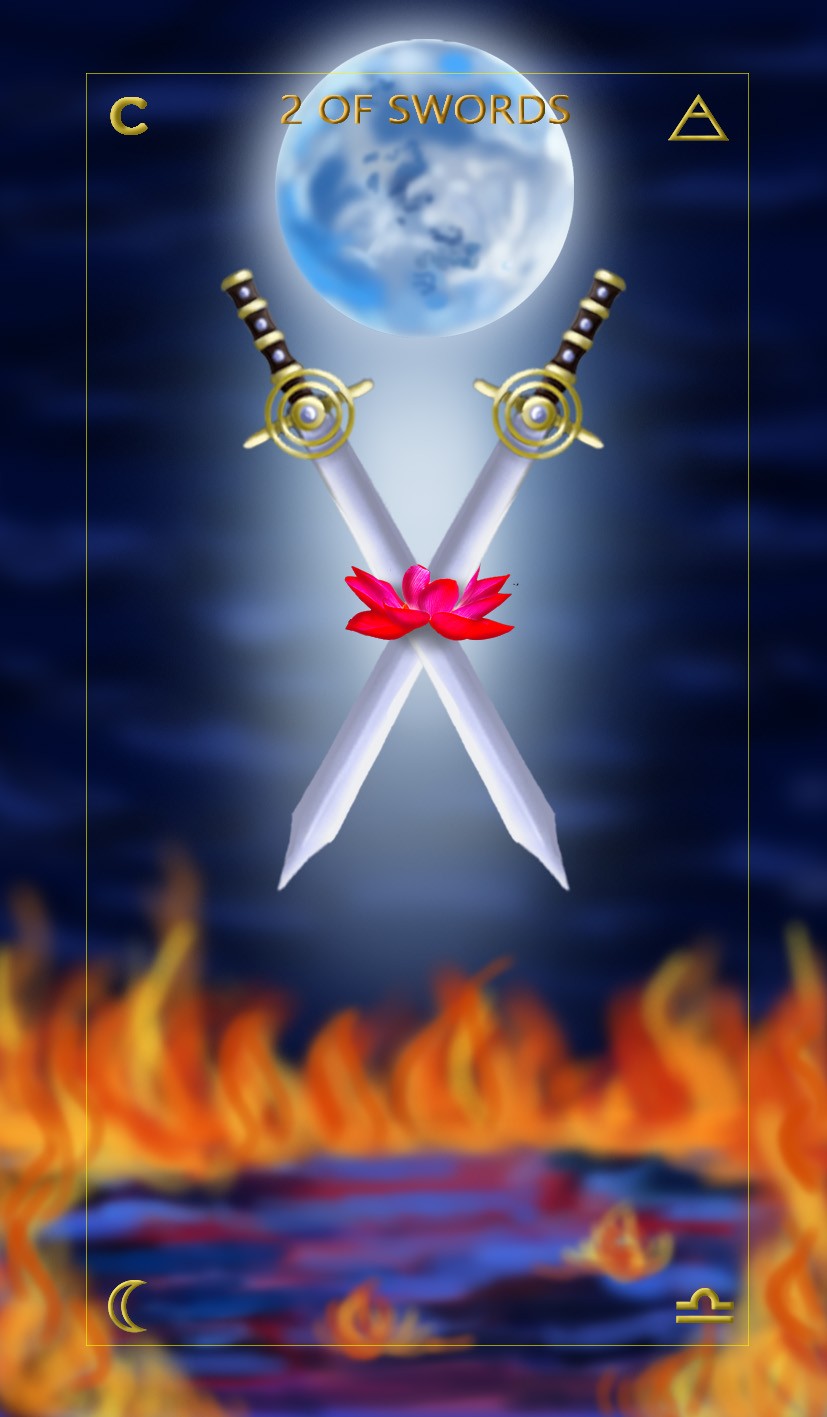 The Two of Swords is Chokmah in Yetzirah – the power of Wisdom in the Formative world of Air. It is intelligence squared – as the idea of Chokmah’s wisdom is echoed in the airy world ruled by intellect. Therefore, the Two of Swords is all about thinking… and thinking some more.

To add to that, we have Moon in Libra.  Libra is all about weighing its options carefully and deliberately. Adding the Moon to that just deepens that thought process, as the planet Moon is all about reflection and contemplation.

Thus, the Two of Swords tells us to weigh our options carefully and analyze and over-analyze everything before making any decisions.

At the bottom of the Two of Swords is  turmoil – water mixed with fire – Moon in Libra (representing turmoil resulting in Air). Coming out of that, against the sky background are the two crossed swords. At the point where they cross, there is a red lotus – the balancing symbol of Chokmah – attributed to all Twos.

The moon is in the background.