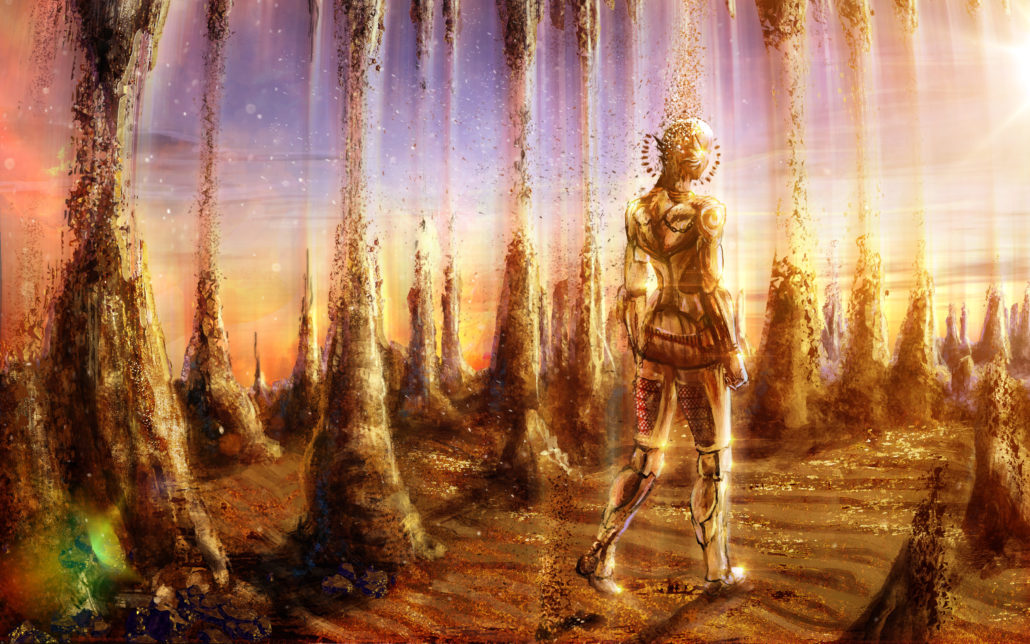 Colors: Color of the sand and desert

Da’atis the “Invisible Sephirah.”  It does not appear in the representation of the Tree of Life and technically, it is not even a Sephirah.  If we were to place it on the Tree, it would be directly above Tipheret. Yet most Kabbalistic treatises will mention Da’atas an integral part of the tree.

Da’at is Knowledge. Da’at is often described as the Abyss that lies between the three highest Sephirot and everything beneath. It is also described as a desert that separates the potential and the actual.

This abyss is a separation between the creators and the created. As much as the desert of Da’At separates, it also serves to connect the intellect, as a hole, with the realm of emotion.

Da’at is that hidden knowledge that separates (or unites) idea and reality. Because everything in the Kabbalah is the union of opposites, Da’at is that union of division and reconciliation. Its knowledge is hidden behind the veil, behind the sands of the desert, – once crossed, we are home free.