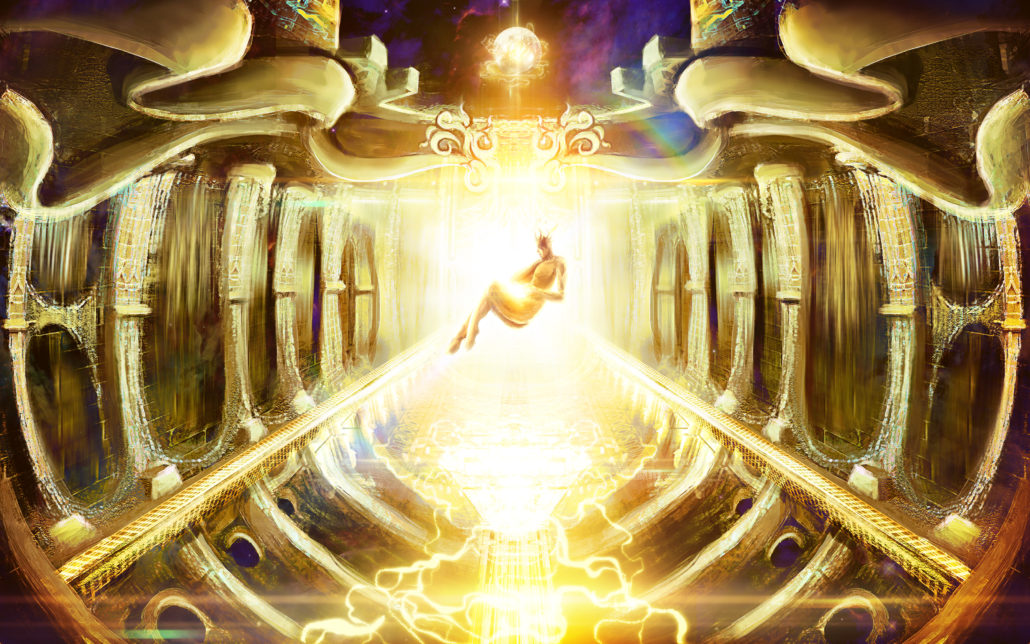 The first Sephirah is Keter, which means Crown (in layman’s terms: light above our heas). It is pure Spirit. It is the first Sephirah to emerge from Ein Sof (which is Infinity, Nothingness).  It is Spirit itself, from which will later emerge other Sephirot and Elements. It is this Sephira, which, magnanimously sacrifices the comfort of the infinity to give rise to the Universe.  Its symbol is a dot, think about it: A MERE DOT, that projects itself into the next stage to create a line, and, thus, the next Sephirah.

Keteris not represented by any planet – rather it’s the Universe, the Cosmos itself. It is the ‘parent of all creation’. It is the state to which every soul aspires, but not many will reach.  It is the Universal ONE, it is the SOURCE. It is the pure being. Keter sits at the top of the Pillar of Equilibrium (we will discuss those– combining good and evil, mercy and severity. Keter is the abyss from which everything arises.

Keteris the Spirit that has a potential for everything and anything.  It is the beginning and the end.

Keter breathes life into anything that follows.  To elaborate on the earlier point, it is as if it extends its hand in order to project a line (the first simple shape) from a mere dot.

If you think of pure LOVE, UNIVERSE, the ONE – that’s Keter.